This Turmeric Drink Can Detox Your Smoke Filled Lungs

Smoking is, hands down, as addictive as it is toxic. If you are a regular smoker, you probably might have already tried to quit smoking by now. So what can we do to control our urges and at the same time detoxify our body of all the harmful toxins that has accumulated overtime? Here's how

Turmeric ginger tea can help in cleansing your smoke-filled lungs

Tobacco smoking is one of the largest causes of preventable illness and death in India. It causes 1 death in every 6 seconds, making India one of the top four countries with the highest mortality rates. Smoking attributes to a range of cancer and heart diseases. It can also cause an ulcer, osteoporosis (brittle bones) stroke and emphysema. Even when one decides to quit smoking, it is often difficult for them to quit it in one go. This is because cigarettes contain nicotine.

Nicotine is the drug that makes people want to keep on smoking. It is addictive and when one starts to smoke regularly, their body starts becoming used to nicotine and starts needing a regular dose. Thus, when a regular smoker tries to quit, he starts experiencing withdrawal symptoms, which can be very uncomfortable. These withdrawal symptoms can be:

Tobacco Consumption Among Children Is Rising, What Are The Adults Doing?

Questions That You Must Ask Yourself If You Feel Hungry All The Time: Hear It From Nmami Agarwal

If youve been feeling hungry all the time here are some things to consider.

These symptoms of nicotine withdrawal start to disappear in a few days or weeks. But the craving for a cigarette might stick around for long. While counseling or support, nicotine patches, gum, inhalators, lozenges, and mouth spray may help in quitting smoking and detoxing your body of the accumulated toxins, it is often best to go with the natural remedy.

The turmeric ginger recipe can help you refrain from smoking and detox your body from all the harmful toxins that can cause a series of ailments in your body. 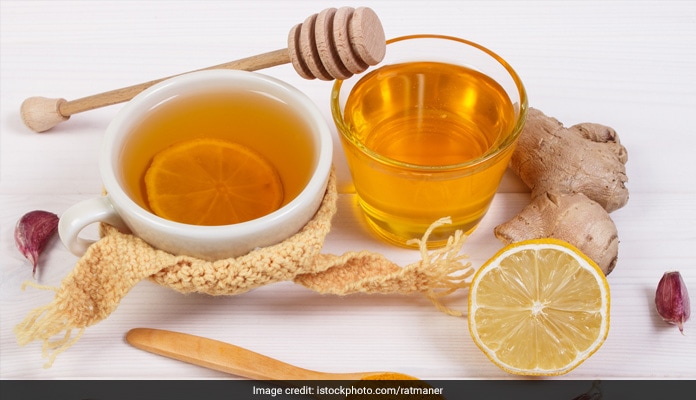 One of the key components of the recipe is ginger root. Ginger root has the ability to help ease nausea. Nausea is one of the early symptoms of nicotine withdrawal.

The other ingredient is turmeric. Smoking may open the risks for different types of cancer. Studies have shown that turmeric contains curcumin, which has anti-inflammatory, antioxidant, anti-cancerous and anti-toxicity properties. It can aid in removing harmful toxins from the body while protecting organs from further damage.

The third very important ingredient is onions. Onions contain quercetin, which has been studied to prevent lung cancer and possesses antioxidant and anti-inflammatory properties.

How to make turmeric ginger tea?

To make turmeric ginger tea, you need a small piece of ginger, some chopped onions (400 gms), turmeric (2 tsp), water (1 litre) and some honey to taste. Boil the water in a pot, add ginger root and onions. Add some more grated ginger and turmeric. Bring to a boil and then simmer for a while. The longer you let the mixture boil, the stronger it's flavour will be. You can have this drink twice in a day. It will help in cleansing your smoke-filled lungs naturally.

Giving up smoking can be hard, but it is doable. It may seem daunting and can take a few attempts to be successful. But the longer you let your lungs take a break, the more time they have to strengthen and heal. So try to go as long as possible without smoking as you can.

Also read: Now That You've Made A Resolution To Quit Smoking, Here's How You Can Deal With It