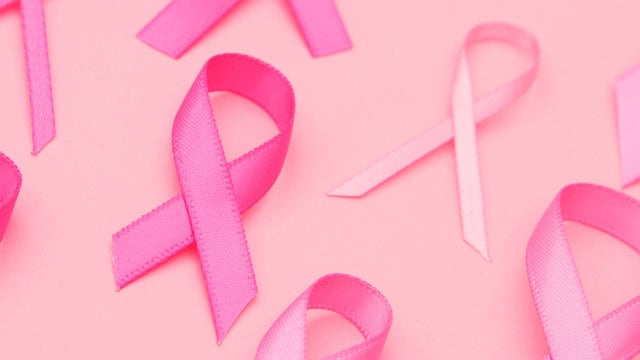 Breast cancer is the uncontrolled malignant growth of cells in the breast tissue. There are many types of breast cancers, those that form in the milk glands, in the ducts that carry milk, in the fatty area or in the connective tissue of the breast. Cancer of the milk ducts is the most commonly occurring form of breast cancer. Usually only one breast is affected. There is a rare type of breast cancer in which the breast becomes red and swollen and resembles infection of the breast. Risk factors can be genetic, but few lifestyle factors like alcohol intake, smoking, regular sleep pattern and unhealthy diet make it more likely to happen. Awareness of the symptoms and the need for screening are important ways of reducing the risk.

A cancer that forms in the cells of the breasts.

The exact reason for the cancerous growth of cells is not known. There are certain factors that do not cause cancers by themselves, but make a person more at risk for the development of cancer. These risk factors may be genetic or environmental in nature:

Cancer tends to run in families. The risk for cancer increases for a person if one or more of his family members suffer from the disease.

Genetic predisposition that is, a person may carry genes that make certain normal cells cancerous.

Women who begin menstruating before the age of 12 years or stop after 55 years are more at risk for developing breast cancer.

Women who have not borne children or have had children late in their life (usually after the age of 30) are also more at risk.

Obesity or overweight is a condition that is associated with an increased risk of breast cancer.

Other factors like excessive drinking of alcohol and lack of exercise are also risk factors for breast cancer.

Environmental factors like exposure to harmful radiation, cigarette smoke over a long period of time and pesticides also increases the risk.

In some cases, women who undergo hormone replacement therapy have an increased risk of cancer of the breast.

The most common symptom of cancer of the breast is the presence of a lump in the breast. The patient herself often detects the lump either accidentally or during a routine self-examination. The lump is usually painless and hard. Sometimes, there may be changes in the shape and size of the breast and the nipple. A dimple in the skin overlying the breast accompanied with dryness and scaling should be a cause for concern. There may be discharge of blood stained fluid from the nipple along with dryness and cracking of the skin of the nipple.

A breast lump is usually first detected by a woman on self examination. This procedure should be regularly done by all women over the age of 40 years. In this procedure, the woman lies down, raises the arm on the side of the breast and feels the breast with the other hand. Any difference from in the normal feel of the breast is noted. The woman may then look at herself in the mirror and note any changes in the shape and size of her breasts. Any change should be brought to the doctor’s notice.

The doctor may palpate or feel the breast for any unusual lumps or any other signs. In case a lump is detected by the doctor, mammography may be done. This is a special X-ray of the breast. It can detect early breast cancers and gives a fairly accurate picture of any changes in the breast. Any spots that show up in the mammogram are then further analysed by a biopsy. In this procedure, a small part of the lump tissue is taken for laboratory testing. The biopsy can also be done in many ways. In some cases, a small needle may be inserted into the lump and a small portion of the fluid may be taken.

In another form of biopsy, a small cut may be made on the breast to get to the lump, a piece of which is then taken for testing. In some cases, the entire lump may be removed. The procedure followed is decided by the doctor keeping in mind the patient's history.

In case cancer of the breast is confirmed, other tests may be done to look for spread of the disease. These include blood tests, X-rays and ultrasound scan of the abdomen. In some cases a bone scan may be done.

Since the breast is not an organ that is necessary for survival, it is generally removed by a surgical procedure called mastectomy. In some cases only the lump is removed, in others the whole breast is removed.

Later, the patient may be given radiotherapy. This procedure helps to destroy the cancerous cells without harming the neighbouring tissue. If the cancer has spread to other parts of the body as well, chemotherapy using drugs like vincritine, adriamycin and cyclophosphamide is done. In some cases, hormonal treatment using tamoxifen is advised. Usually a combination of all of these procedures is followed for complete treatment. In most cases, if the cancer is detected early and treated appropriately, breast cancer patients can usually lead a cancer free life.