So... Why Do We Eat Eggs For Breakfast?

Ever wondered why eggs are the standard breakfast option around the world? Well it has a history!

Here's why eggs are the standard breakfast option in the world

Eggs are the quintessential breakfast food almost all over the world. Right from our childhoods, we are served variations of this food- omelets, eggs on toast, egg bhurji, etc. - in our breakfast plates. But why is it so? Why are eggs associated with breakfast in so many countries, around the world? 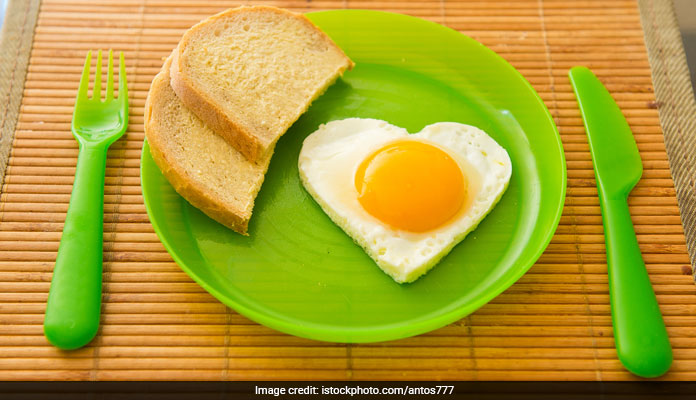 Anjali Mukerjee talks about atherosclerosis in her latest Instagram video. Here are all the details.

Unhealthy Snacking Can Harm Your Liver, Here's How

Well, the first reason is quite obviously related to health and nutrition:

But for the second reason, we actually need to go back in time and look at history!

When the Ancient Romans ate breakfast, they tried to include eggs, if available. When the Romans were pushed out of Europe, breakfast left with them, and throughout the Middle Ages Europeans ate two large meals (in contrast to the Roman three). They had dinner around nine a.m., making a wake-up meal superfluous. Physicians and religious leaders of the time suggested that it would be gluttonous to eat before dinner, and so breakfast was a meal reserved for children, the elderly, and manual laborers, who needed energy first thing in the morning.

In the west, it is not until 1620 that an English medical writer, Tobias Venner, actually suggests eating eggs for breakfast: poached, with salt, pepper, and vinegar, and served with bread and butter. In one of the oldest known cookbooks, The Closet of Sir Kenelm Digby Knight Opened (1669), Sir Digby, chancellor to Queen Henrietta Maria, suggests eating "two New-laid-eggs for breakfast" (he also recommends them poached).

Also read: Bet You Didn't Know These Facts About Eggs

The English began taking their dinners later and later (as late as four or five p.m. by the end of the eighteenth century), pushing supper back even later and creating the need for a third meal: breakfast. It's in the 1800s that the Industrial Revolution ushered in the need for workers, who in turn needed heavy breakfasts.

So, throughout its history, breakfast has been the domain of the worker. Those who could afford to eat more lavishly, later in the day, often did. Workers needed protein and fat- slow-metabolizing energy sources-to get them through the day, and eggs provided a cheaper alternative to meat. The need for a filling breakfast meant that eggs would serve as breakfast's primary protein-uniting workers of the world.