Home »  Living Healthy »  Parkinson's Disease: Changes In Facial Expressions, Poor Posture And Other Warning Signs You Must Not Ignore

Parkinson's Disease: Changes In Facial Expressions, Poor Posture And Other Warning Signs You Must Not Ignore

It is easy to miss these early signs of Parkinson's disease. Take note of them in order to take timely action.

Parkinson's disease is referred to a neurological movement disorder, which results in uncontrolled movements during sleep, voice changes and limb stiffness or low movement to name a few. The condition begins with neurons, the brain cells which control movement. Neurons produce dopamine. In case of Parkinson's disease, neurons die and levels of dopamine in the brain decrease. Lack of dopamine can affect the way you move.

Following are some warning signs of Parkinson's disease you must note

Uncontrollable movements while sleeping, on a regular basis, could be a warning sign of Parkinson's disease. Kicking, thrashing, flailing arms and even falling out of bed can be a symptom.

In advances stages, Parkinson's disease can result in slurred speech. The changes are less dramatic in early stages of the disease. A person may begin to speak more quietly, in low tones and may develop a hoarse voice with little inflection.

Also read: Ever Heard Of Brain Exercises? Here Are Some You Can Try To Boost Focus, Memory And Mental Health

In addition to gross motor skills, Parkinson's disease can affect natural facial expressions. It can make a person have a blank stare on the face. The phenomenon is known as masking and is a common sign of Parkinson's disease. The condition makes movement and control of small muscles on the face difficult. A person may have a serious look on their face even when the mood around them is lively and the conversation they're having is light-hearted. People with the disease blink less often than usual.

A sudden change in the size of your handwriting can be an early warning sign of Parkinson's disease. Changes in the brain can make a person with the condition have a hard time controlling movement. Fine motor skills like writing can become difficult in this case.

People who commonly suffer from this condition are adults older than 60. It can make a person feel stiff and slow in getting up and starting with the day. For a healthy person, this stiffness and slowness goes eventually within a few minutes. But for someone suffering from Parkinson's disease, the slowness doesn't go away. These signs appear in early stages of the condition. Impairment in neurons that control movement result in these symptoms.

A slight twitching of a finger, hand or foot are tremor that Parkinson's disease can cause. Tremors are one of the most recognisable symptoms of Parkinson's disease. The one suffering from the disease is going to be the only one who notices these symptoms in early stages.

Posture changes in case of Parkinson's disease start slowly, and eventually worsens. Stooped posture is considered to be an early warning sign of this disease. Loss of balance and coordination in the body can lead to poor posture. 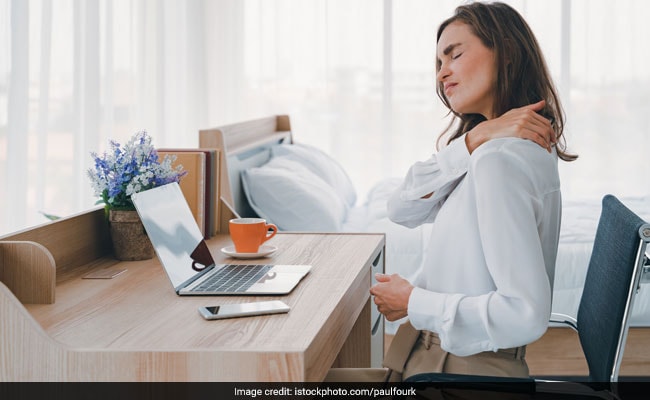 It is easy to miss these early signs of Parkinson's. In case you notice these symptoms, it is the best to go for a check-up.