Home »  Cancer »  Cervical Cancer During Pregnancy: Here's All You Need To Know

Cervical Cancer During Pregnancy: Here's All You Need To Know

Cervical Cancer affect the lower part of the uterus that connects to the vagina. This cancer if detected during pregnancy needs extra care. Read here to know all about it.

Cervical cancer, a malignant tumour of the cervix or the lowermost part of the uterus or the womb is certainly a matter of deep concern among women, especially for those who are willing to become mothers. Data reveals that India accounts for about one-fourth of the world's cervical cancer deaths and it is the second most common cause of cancer related mortality among Indian women. The cause of cervical cancer is Human Papilloma Virus infection.

The initial signs that one needs to watch out include pain during sexual intercourse, unusual vaginal bleeding after intercourse or in between periods, after menopause and abnormal vaginal discharge. When the cancer spreads, it could lead to pelvic pain, difficulty in urinating, swollen legs, kidney failure, bone pain, loss of weight, lack of appetite, fatigue and more. In case a woman is already facing such symptoms or has been diagnosed with cervical cancer and yet is planning for pregnancy or is already pregnant, it is essential for her to keep certain things in mind.

Cervical Cancer The Journey Of A Preventable Cancer

Cervical Cancer: Importance Of Early Detection And Treatment, From Oncologist

Also read: How To Conceive After Cervical Cancer Treatment

Firstly, if pregnancy is not desired and needs to be terminated, the treatment is the same as that of non-pregnant women with cervical cancer. However, this may have an adverse impact on the mental health of a woman losing her pregnancy. But, for those patients desirous of continuation of their pregnancy, specific treatment strategies will be required.

(a) For early stage cervical cancer if the pregnancy is less than 22 weeks(5 months), conization of cervix or simple cervical resection can be carried out or the pregnancy can be allowed to progress and treatment postponed until fetal maturity. However, there is higher risk of bleeding and losing the baby following the surgery which needs to be explained to the patient and understood fully before embarking on this method of treatment.

(b) For early stage cervical cancer with pregnancy more than 22 weeks (5 months), then chemotherapy is the leading method to stabilize the tumor, to prevent the progression and spread of the tumor. Chemotherapy can be used at first hand awaiting maturity of the fetus before treating cervical cancer. Chemotherapy during the first trimester cannot be started as it can cause damage to the baby or cause a miscarriage.

(c) Usually she may have to go through a C-section and an early delivery of the baby and the affected womb may then be removed at the same time and the woman may also need further treatment with chemotherapy and radiotherapy.

2. Mental health support: Adequate mental health support is required for a woman affected with cervical cancer during pregnancy to make decisions on treatment. It could be a difficult decision and a counsellor can help her out to be aware of all the options, the pros and the cons and then make a decision that would be beneficial for her condition. 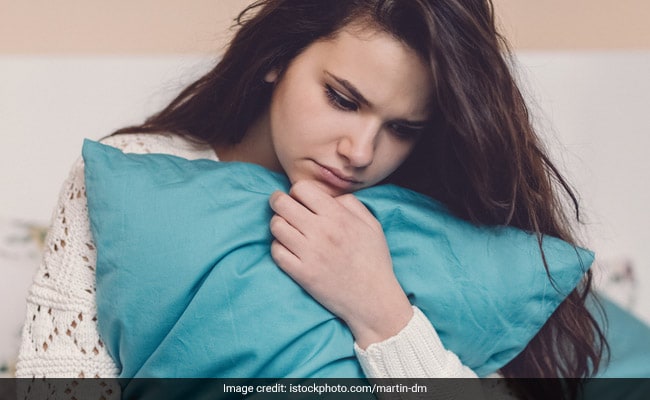 A woman may need mental support if detected with cervical cancer during pregnancy
Photo Credit: iStock

3. Preventing cervical cancer: As we all know prevention is always better than cure, here are several ways by which a woman can prevent cervical cancer and enjoy a peaceful and healthy pregnancy

(a) Get routine Pap tests done: It is essential for women to go for routine Pap tests as this can help doctors detect abnormalities like changes in the cervical cells and take immediate action before the cancer develops.

(b) Practice safe sex: Studies have shown that women with multiple sexual partners are on a higher risk of having cervical cancer. It is important that a sexually active woman must use condoms during intercourse. Unprotected sex may increase the risk of contracting sexually transmitted diseases increasing a woman's risk of getting HPV.

(c) Quit smoking: Studies reveal that smoking doubles the risk of developing cervical cancer among women. It has been found that tobacco by-products damage the DNA of cervix cells and may contribute to the development of cervical cancer and also makes the immune system less effective in fighting HPV infections. Thus, giving up smoking is a significant step towards preventing cervical cancer.