Home »  Women's Health »  World Menstrual Hygiene Day 2020: Everything You Need To Know About Your Menstrual Cycle And Fertility

World Menstrual Hygiene Day 2020: Everything You Need To Know About Your Menstrual Cycle And Fertility

World Menstrual Hygiene Day: The length of your menstrual cycle says a lot. It may serve as a potential indicator of hormonal imbalances and whether ovulation is occurring in a regular manner. It also determines your fertility. Here's everything you need to know.

World Menstrual Hygiene Day is observed on May 28. This day is meant to raise awareness about menstrual hygiene and reduce the taboo around menstruation. Menstruation is a physiological process which is directly related to and responsible for the ability to bear children. The time from the first day of a woman's period to the day before the next period is the menstrual cycle. This cycle of approximately 26-30 days involves a lot of changes that occur in a woman's body in preparation for a pregnancy.

The main reproductive organs in a female are the uterus and two ovaries. The female hormones oestrogen and progesterone rise and fall with the cycle to orchestrate the maturation and release of an egg from the ovary around mid-cycle, which is then implanted in the uterus if it is fertilised by the sperm. Else, the thick lining of the uterus is shed at the end of the cycle in the form of periods. The cycle goes through a series of hormonal changes from day one of the cycle to the 14 day when an egg is released from the ovary and the uterus prepares for pregnancy. Fertility is known to depend on the menstrual cycle.

8 Tips From Expert That Can Help You Boost Fertility

Infertility is a common issue these days. Both men and women can experience infertility. Here are some ways to naturally boost infertility.

What Are The Various Fertility Treatments Available In India?

Trying to get pregnant? Learn about the various fertility options available in India, right here.

Also read: Irregular Periods? 5 Possible Reasons Other Than Pregnancy Every Girl Must Know

Menstrual cycle and fertility: How the former determines the latter

The menstrual cycle is divided into two phases: the follicular or the first half phase and the luteal phase or the second half. Follicular phase begins on day 1 of the cycle, during which time the hormone oestrogen stimulates the ovaries for growth of eggs, and ends with the ovulation or release of one egg. Luteal phase begins with ovulation during which time progesterone prepares and thickens the lining of the uterus in case of a pregnancy and ends as shedding of this lining or menses in the absence of fertilization.

The length of the follicular phase may vary while that of luteal phase is around 14 days. While the length of the menstrual cycle varies from one woman to another, it usually lasts 28±7 days.

Each menstrual cycle has a fertile window. This is the period during which women can conceive. In a standard cycle, the fertile window begins 5 days before ovulation and ends on the day of ovulation. While it is difficult to precisely tell when ovulation occurs, most women usually ovulate around 10 to 16 days prior to the next period. The fertile window also varies from cycle to cycle.

Also read: 6 Ways To Deal With Excruciating Pain During Periods 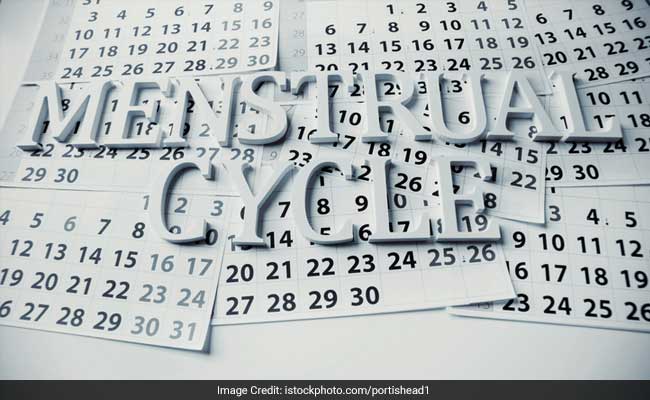 Irregular or no ovulation decreases the odds of conception without medical intervention. A woman less than 35 years of age with normal cycles who has been unable to conceive after a year of trying should consult a specialist. A woman over 35 with a normal menstrual cycle who has been trying for 6 months and has had no success should also seek a specialist's advice. Normal menstruation indicates regular ovulation, but there may be other reasons for not being able to conceive. As for irregular cycles, we know that ovulation does not occur in a regular manner in such cycles and medical attention is thus required.

(Dr Veena Aggarwal, MD IJCP Group of Publications, Medical Advisor Medtalks.in. She practices in her own clinic in South Delhi)