Home »  Pregnancy »  Becoming A Mother In Late 30s? Here's What You Need To Know

Becoming A Mother In Late 30s? Here's What You Need To Know

Not all genetic disorders happen only because one or both the parents carry a faulty gene.Some like the Down Syndrome, may also happen due to the advanced age of the mother.

What is down syndrome and its causes?

Study Suggests Risk Of Leukemia Higher In Children With Down Syndrome

According to a study published in The Journal of Pediatrics, Down syndrome is a strong risk factor for childhood leukemia.

What Are The Various Fertility Treatments Available In India?

Trying to get pregnant? Learn about the various fertility options available in India, right here.

Down syndrome or Down's syndrome is also known as trisomy 21 and occurs in approximately 1 of 830 live births. It is a genetic disorder caused an aneuploidy - by the presence of all or part of a third copy of chromosome 21 - and is associated with delay in physical growth, mild to moderate cognitive and intellectual disability, and characteristic facial features such as a flat face, especially the bridge of the nose, almond-shaped eyes that slant up, a short neck, and small ears. In fact, Down syndrome can alone account for 15 to 20 per cent of the population with intellectual disability (ID) across the world. They are also likely to be shorter in height as children and adults. Many who are born with it can grow up as individuals with leukemia, heart defects, early-onset Alzheimer's disease, gastro-intestinal problems, and other health issues. Interestingly, though Down Syndrome is one of the commonest birth defects noted in India, its prevalence in the tribal population is not known. 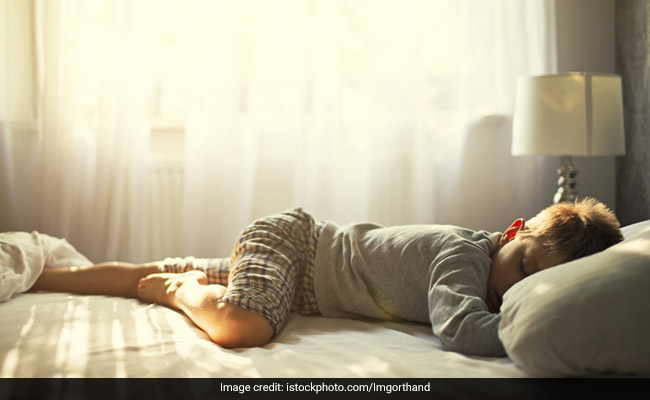 Down syndrome is associated with delay in physical growth
Photo Credit: iStock

While preventing Down syndrome may not be possible, scientific advancements in the field of reproductive genetics since the 1990s have made it possible to minimise the chance of a child being born with Down Syndrome to near zero. This technology, known as preimplantation genetic screening (PGS), a preventative measure used to identify chromosomal abnormalities and abnormalities in chromosome position, known as translocations, in an embryo, even if none of the parents have any known genetic disease. Yes, having a child without Down syndrome is possible by combining in-vitro fertlisation (IVF) with preimplantation genetic screening or PGS (testing embryos from parents with no known genetic disorders). The specific genetic test that can help is known as preimplantation genetic testing for aneuploidies (PGT-A). It helps to select embryos that are the most likely to result in a successful pregnancy and reduces the chance of having your child having an extra or missing chromosome, an event that causes events such as Down syndrome. Do not mistake it for preimplantation genetic diagnosis (PGD), a testing method that helps identify as many as 400 genetic defects in embryos as young as 5 days before they are implanted in the womb. While PGD (testing embryos from parents, one or both of who have a genetic abnormality) helps couples with history of multiple failed IVFs, or multiple missed abortions or miscarriages, PGS is recommended for women aged 38 or more, or those who have a history of miscarriages and failed IVF or implantation. If a woman is going to be a mother in her late 30s or already has a child with Down Syndrome, having a pre-conception counselling may prove helpful - you doctor may also refer you to a genetic counsellor who can guide about the risks to enable the would-be parents take an informed decision.