But imagine for once what you perceived to be an eyelash lingering inside your eye actually turned out to be a wriggling worm. Well, this turned out to be the worst nightmare for a teenager in Mexico.

Mexico: We all know how discomforting it is to have a lost contact lens or a lingering eyelash or shampoo entering your eye during a head wash. Eyes are incredibly sensitive and even the slightest disturbance can lead to great levels of discomfort. Luckily, it is only temporary. But imagine for once what you perceived to be an eyelash lingering inside your eye actually turned out to be a wriggling worm. Well, this turned out to be the worst nightmare for a teenager in Mexico.

The 17 YO boy started to feel a great deal of discomfort in his right eye. His vision declined and that too, very quickly. After three weeks, he decided to check with a doctor. After an eye examination it was found that a flatworm, about 3mm long and 1mm wide was lingering in his eyeball. If this doesn't surprise you well enough, you will surely be amazed to know how it was living in the boy's eye. 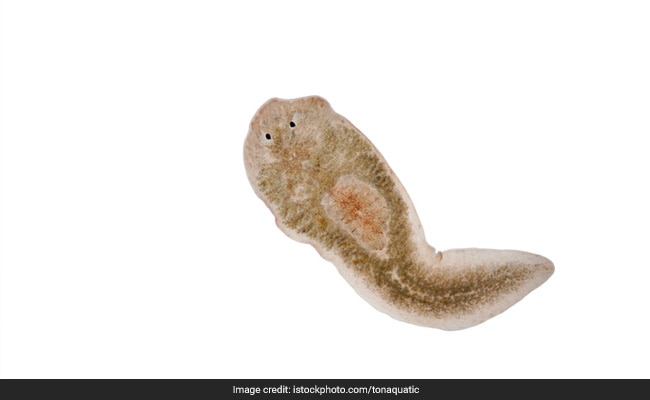 A Worm Removed From A Woman's Eye in Kerala

A 70mm long filarial worm causing elephantiasis was removed from a woman's eye in a hospital situated in Kerala.

Filariasis is an infection caused by a parasitic worm and is transmitted by insect-bites. In India, it is common in eastern Uttar Pradesh and Bihar. Bancroftian filariasis causes elephantiasis, hydrocoele, and economic loss throughout the tropics and subtropics. A global plan for its eradication currently relies on mass treatment with four to six annual doses of antif...

The worm survived in his eyeball comfortably and created holes in his iris as it moved around. Dr. Pablo Guzman-Salas, who treated the patient, revealed that the worm was "moving freely in the eye."

He has suffered severe damage in multiple parts of his eye, the retina, cornea and iris. It was necessary for the patient to go through an eye surgery. Doctors successfully removed the worm in pieces as per reports. Sadly, his vision showed no improvement after six months.

But it is curious how the worm got there. Doctors were not quite sure of how it may have happened because the boy didn't reveal eating any such foods that could have caused the damage. He didn't swim in lakes or any such water bodies to catch the parasite. Experts of the same institute said that this was the first of its kind case.

A U.S. eye doctor told CBS that it's not typical but it does happen at times.

"This is a rare, but well-known -- to ophthalmologists at least -- cause of vision loss," said Dr. Jules Winokur, an ophthalmologist at Lenox Hill Hospital in New York City.

"Animals such as dogs, raccoons, skunks, fish or frogs can carry the parasite, and people can get infected either through ingesting the eggs or through contact with invasion through the skin," he said.