Too much screen time can negatively affect your child's health. Researchers have found that the amount of time children are spending each day watching television or using a computer or mobile device is increasing at an alarming rate. Here are some tips to kids' reduce screen time.

Kids today are addicted to gadgets with screens

Is your child addicted to mobile phone, television, computer screens and video games? Almost every kid is addicted to screens. The increased use of screens has reduced the overall physical activities of the child. Screen time is not just limited to television these days; it includes mobile phones, video games, computer screens and use of other devices with screens. Kids today prefer spending more time on screen than playing outside. Screen addiction among kids has increased rapidly in the past few years. Researchers have found that the amount of time children are spending each day watching television or using a computer or mobile device is increasing at an alarming rate.

The study, published in the journal JAMA Pediatrics, found that children's daily screen time increased from 53 minutes at age 12 months to more than 150 minutes at 3 years old.

"Our results indicate that screen habits begin early, this finding suggests that interventions to reduce screen time could have a better chance of success if introduced early," said study senior auhtor Edwina Yeung, NIH's Eunice Kennedy Shriver National Institute of Child Health and Human Development (NICHD) in the US.

World Mental Health Day 2020: Children and young people need to be helped to make informed decisions about the screen time. It is important not to get into an oppositional relationship with the child about use of technology. Read here to know more.

Screen time of kids can be managed if parents to avoid using their phones and laptops in front of kids. Here are more tips that can be helpful.

Mothers of nearly 4,000 children who took part in the study responded to questions on their kids' media habits when they were 12, 18, 24, 30, and 36 months of age. They also responded to similar questions when the children were seven and eight years old.

The American Academy of Pediatrics recommends avoiding digital media exposure for children under 18 months of age, introducing children 18 to 24 months of age to screen media slowly, and limiting screen time to an hour a day for children from 2 to 5 years of age. 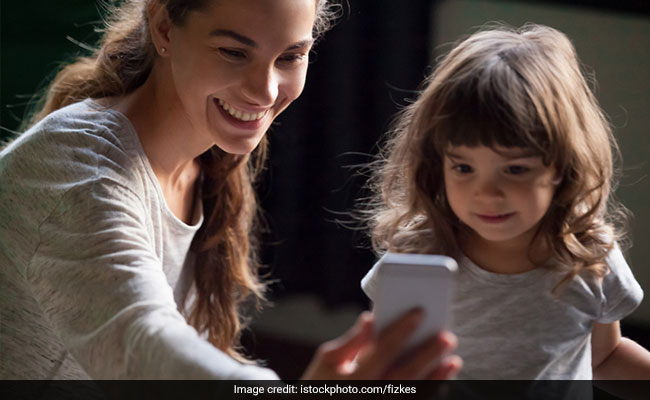 Too much screen time can harm more than your child's eyesight
Photo Credit: iStock

In the current study, researchers found that 87 per cent of the children had screen time exceeding these recommendations. However, while screen time increased throughout toddlerhood, by age 7 and 8, screen time fell to under 1.5 hours per day. The researchers believe this decrease relates to time consumed by school-related activities.

Also read: Do Not Reward Your Kids With Screen Time! Here's Why

The study authors classified the children into two groups based on how much their average daily screen time increased from age 1 to age 3. The first group, 73 per cent of the total, had the lowest increase, from an average of nearly 51 minutes a day to nearly an hour and 47 minutes a day.

The second group, 27 per cent of the total, had the highest increase, from nearly 37 minutes of screen time a day to about four hours a day. Higher levels of parental education were associated with lower odds of inclusion in the second group.

Also read: How Much Is Your Preschooler's Screen Time? Parents, Here's Why You Must Keep A track

Increased screen time is linked with a higher risk of multiple chronic diseases. Not just eye sight, it can affect the health of the child in various other ways. It can increase the risk of heart diseases, stroke, hypertension and obesity. There is an urgent need to implement steps to control screen time n kids. Here are some tricks to reduce your child's screen time-

1. Teach your children about the right use of technology

2. Set a strict schedule for your kids with restricted screen time

3. Do not allows gadgets in bedroom

4. Use parental controls to monitor time and activity

5. Spend more time with your children

6. Eat together and avoid screen time while eating

7. Encourage your kids to follow their hobbies and interests

8. Reduce your screen time so that your kids learn the same