World Hemophilia Day 2018: Know All About This Rare Disease

World Hemophilia Day 2018: Hemophilia is a congenital disorder which predominantly affects only males.

World Hemophilia Day: Hemophilia is a bleeding disorder which slows down blood clotting

Hemophilia is a bleeding disorder which slows down the blood clotting process. Blood clotting is essential for your body because it prevents excessive blood loss due to minor injuries. Hemophilic patients usually suffer from uncontrollable bleeding due to minor injuries like cuts, tooth pull, and bruises. In extreme cases, the patient may even succumb to this due to minor trauma. In most severe cases, the patient may suffer from bleeding in the muscles, joints, brain or internal organs. This year's World Hemophilia Day's theme is "sharing knowledge makes us stronger." Let's pledge to increase more awareness about this condition so as to save more people from the clutches of this disorder. 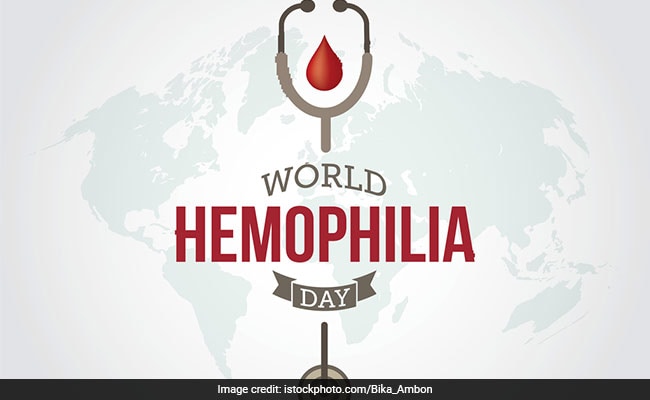 Also read: World Hemophilia Day: Blood Clotting Factors and How To Cure Them

Are Blood Clots Normal During Periods? Here's The Answer To This And More Such Questions About Menstruation From Gynaecologist

Any menstrual bleeding which is heavier or out of this 25 - 35 days range, should be considered abnormal and the woman should seek help from her gynaecologist.

Hematologist Dr. Rahul Bhargav says, "Hemophilia is a congenital disorder which predominantly affects only males and it can be prevented by doing a genetic counseling during pregnancy."

"Hemophilia is an X link disease. Males are XY and females are XX. So when one X chromosome does not function well, the other chromosome can make up for it. Since men have only one X chromosome, they are more likely to get hemophilia. In females, this can happen which is why they are at a lower risk of hemophilia than men. So technically, this disease can only affect males; but females can be a carrier of the disease," he explained. How to prevent hemophilia during pregnancy?

"The only way to prevent the hemophilic baby from being born is through genetic counseling in families where there are bleeding tendencies. So every family should be well aware of these health conditions beforehand. Once the baby is born with hemophilia, the only way he or she can live is by factor replacement therapy. Once you have an index case of hemophilia in the family, menstrual cycle abnormalities, joint bleed, brain bleed or any other condition for that matter, then one must get checked for hemophilia. This can be done during pregnancy when the baby is between 9 to 12 weeks. If the baby is hemophilic, an abortion is recommended."

Also read: Can A Blood Clot Kill You?

What is factor replacement therapy?

Dr. Bhargav says that the factor replacement therapy is created to treat hemophilia after the baby has been born. He says, "In hemophilic patients, there is a deficiency of plasma products which helps in stopping the blood due to injury. Factor 8 and factor 9 help in clotting the blood so that we do not suffer excess blood loss. In a hemophilic patient, this product is absent. So in case of a trauma or injury, these patients may experience unnatural bleeding and in some cases, they may even bleed to death. These patients tend to have recurrent bleeding in the joints which can make the joints impaired. When the joints become impaired, they fail to function properly. In 1 or 2% people, the patient may even die."

"Factor replacement is created to artificially supplement what is not there in the body, that is, factor 8 and factor 9. Once these factors are diagnosed and the patient is known for a factor deficiency, then according to his or her bleeding tendencies, the factors can be replaced so that the patient does not bleed abnormally. These factors can be replaced in two ways; on-demand and prophylaxis," Dr. Bhargav explained.

What are the types of factor replacement therapies?

Dr. Bhargav explained that there are two types of factor replacement therapies. He said, "In the on-demand therapy, once the patient bleeds, he is given the factor is provided to make the blood clot. In the other therapy, once the patient has been identified, the factor is replaced every week so that the patient does not bleed that is called the prophylaxis therapy. This therapy gives a normal life expectancy and low morbidity. In India, this therapy is still not used on a wide scale. However, the need of the hour is to give these people the prophylaxis therapy to give them a better quality of life."

Dr. Bhargav concluded by saying that majority of the times, this therapy is done by government institutes at a subsidized cost. So people should not be worried about it. If they are diagnosed with this disease well in time, they can reach out to their nearest hemophilia center to get the best treatment for the disease.

(Dr. Rahul Bhargav is the Director of Hematology and bone marrow transplant at Fortis Hospital, Gurgaon)