Neuroendocrine Tumour is the rare disease Bollywood actor, Irrfan Khan is suffering from. He had tweeted a couple of weeks back to inform his fans that he had been diagnosed with a rare disease, which had raised many speculations about what the disease really was.

Neuroendocrine tumour: This is what Irrfan Khan is suffering from

In a shocking piece of information, actor Irrfan Khan has revealed that he is suffering from neuroendocrine tumour. A few weeks ago, on 6 March Irrfan Khan had tweeted that he is suffering from a "rare disease", which had raised many speculations about what the disease really is. In a blog, the revealed that he has been suffering from neuroendocrine tumour and that it has been difficult to deal with the disease. "Learning that I have been diagnosed with Neuro Endocrine Tumour as of now has admittedly been difficult, but the love and strength of those around me and that I found within me has brought me to a place of hope," he said in the blog. Irrfan Khan also revealed that he has to travel out of the country for its treatment but requests people to continue sending their wishes. Giving a further clarification about his condition, Irrfan Khan said, that neuro doesn't always refer to something related to the brain. However, assured his fans that he wishes to be back soon with more stories to tell. The actor has acted in more than a hundred films some namely hits like Piku, Paan Singh Tomar, Life Of Pi, Slumdog Millionaire, The Amazing Spider-Man etc.


What is neuroendocrine tumour?

Neuroendocrine tumours are basically tumors formed when abnormal growth occurs in the cells producing hormones. Despite the name - it has little to do with the brain and is not a neurological problem. Common locations are the lungs, pancreas. Common NET are pheochromocytomas, merkels tumours in the pancreas, carcinoid tumors etc. The neuroendocrine tumour begins with cells that produce hormones in the body's neuroendocrine system. The neuroendocrine system is made up of hormone producing endocrine cells as well as nerve cells. These cells are found almost throughout the body in the gastrointestinal tract including intestines and stomach, and the lungs. Neuroendocrine cells are responsible for regulating the flow of blood and air through the lungs and controlling how swiftly the food moves in the gastrointestinal tract. The type of NET depends on the location of the cancer and the symptoms which the patient goes through.

Rise Of Colorectal Cancer Among Young Adults: Know The Causes And Symptoms

Colorectal cancer one of the leading cause of cancer death among people under 50 in the western world. India is not lagging behind.

Common Mistakes People Make After Being Diagnosed With Cancer

Believing cancer is a death sentence is one of the biggest mistakes people make, according to Luke Coutinho. 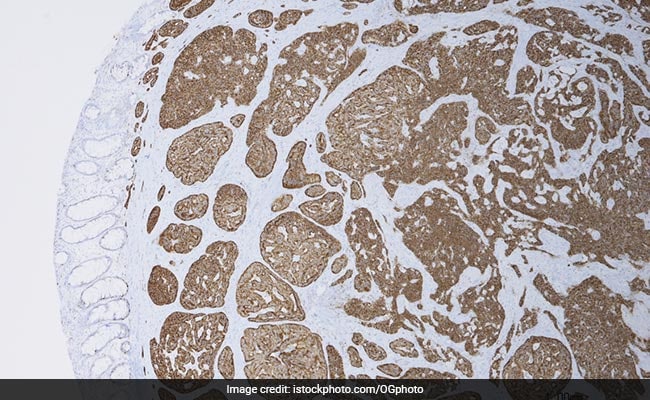 Diarrhoea, consistent pain in a specific area, unexplained loss of appetite or weight loss, persistent cough, thickening or development of lumps in any part of the body, unexplained changes in bowel and bladder habits, unexplained weight gain, jaundice, unusual bleeding or strange discharge, anxiety, headaches, skin rashes and nutritional deficiencies can all be symptoms of neuroendocrine disorder.

If these symptoms continue for too long or have been too frequent, you need to visit a doctor. In case you are diagnosed with neuroendocrine disorder, your relieving symptoms will play an equally important part in the process of your treatment.

Surgery, radiation therapy, chemotherapy, targeted therapy and medications are the various kinds of treatments for neuroendocrine tumour. The treatment depends on factors such as the type of tumour, if it is cancerous and (if yes) at which stage, the side effects of the treatment and the patient's overall health.

Care for symptoms and side effects of tumour treatment

Treatment for tumour can have side effects and palliative or supportive care might be required for the well-being of the patient. It helps in improving the quality of life of the patient and his/her family. The sooner palliative care is started, the better it is for the patient.

Palliative care includes medication, meeting the nutritional changes that the patient needs, various techniques of relaxation along with emotional support and therapy.

In case of metastatic neuroendrocine tumours

However, diagnosis of metastatic tumours is quite stressful and might have an emotional impact on the patient.

In case the treatment fails

Recovering from neuroendocrine tumours might not always be possible. In case the tumour is advanced or terminal, it fails to be controlled or cured.

Some patients suffering from advanced neuroendocrine tumours might not have a life of more than 6 months. Palliative or hospice care - which provides the best quality of life to the patient - might be required. Nursing care with special equipments can be done at home, as per the desire of the patient and his/her

Our best wishes are with Irrfan Khan and we hope he gets well soon!