Home »  Women's Health »  PCOS Vs Endometriosis: Understanding The Difference Between The Two And Effect On Fertility

PCOS Vs Endometriosis: Understanding The Difference Between The Two And Effect On Fertility

Both PCOS and endometriosis both affect fertility. These conditions may show similar symptoms but are different. Read here to know the difference.

In the past few years, the incidences of PCOS or polycystic ovarian syndrome in women in the reproductive age have been widely reported and observed. PCOS is a chronic condition in women that is primarily characterised by the presence of high male hormones (androgen), irregularities in the menstrual cycle, ovarian dysfunction, increased insulin resistance, obesity as well as the presence of small cysts in one or both ovaries. Globally, it has been reported in research that 5-13% women in the reproductive age are afflicted with PCOS.

Another health condition unique to the female anatomy is endometriosis. Endometriosis is the growth of endometrium (the uterine tissue shed during each menstrual cycle) in places other than the uterus, causing women much pain and discomfort. When such tissue is found in the ovary forming cysts, the condition is called ovarian endometrioma (also called chocolate cyst). Research has found that about 17-44% of the women who have been identified as having endometriosis actually have ovarian endometrioma. This number shows that much is yet to be achieved when it comes to spreading awareness and diagnosing women correctly with endometrioma.

PCOS And Infertility: Here's What You Need To Know

PCOS is one of the leading causes of infertility. Management of PCOS with healthy diet and lifestyle can help fight the complications linked with this condition. Here are some of these women suffering from this condition must follow.

PCOS Awareness Month: Know If You Have PCOS, Endometriosis Or Both

Difference between PCOS and endometriosis

While both PCOS and endometrioma can result in ovarian cysts, there are certain differences between the two.

Cysts caused due to PCOS are follicular cysts. The female egg that is supposed to mature and release during ovulation is unable to do so due to abnormal hormonal levels. This results in these immature follicles to remain and accumulate inside the ovary. They can measure between 2-9 mm and more in size. 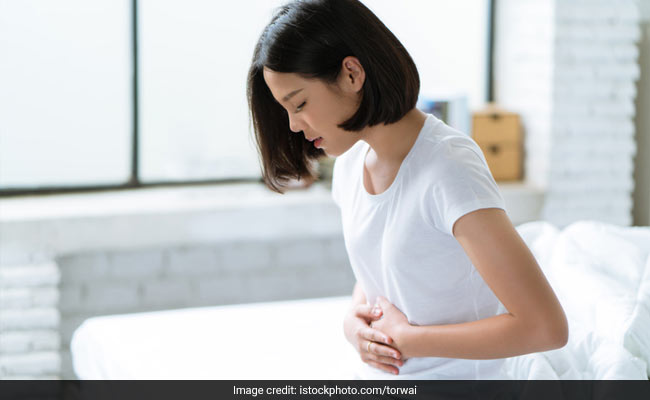 Healthy changes in diet and lifestyle can help control the complications of PCOS
Photo Credit: iStock

In endometrioma, the tissue of the inner lining of the uterus (endometrium) finds its way to the ovary. This tissue gets implanted into the tissue of the ovary and starts to grow as cysts. Since the endometrium has the property of periodically shedding, the same happens with it inside the ovary, leading to accumulation of blood inside the cyst. As a result, the toxic product and debris leads to intense inflammation and severe pain. These can have a diameter of about 4.3-6.3 cm.

Such cysts may be identified with the help of ultrasound. However, in order to ascertain the nature of the cyst, hormonal tests and/or tumour markers may be advised. CT scan or MRI may also be suggested if there remains a confusion.

Also read: Everything About PCOS

How these affect fertility?

In PCOS, since the egg is unable to mature and rupture out of the ovary during ovulation, it presents a challenge. The absence of the egg leads to infertility. As many as 70-80% women with PCOS are infertile. On the other hand, the toxic environment and inflammation caused by ovarian endometrioma presents conditions that are not conducive to egg maturation and ovulation. In addition, it has also been observed that these conditions can also damage sperms and the embryo. Although data on endometrioma alone is not available, it has been found that 30-50% women with endometriosis are infertile.

Also read: PCOS Awareness Month: Know If You Have PCOS, Endometriosis Or Both

Medications with diet and lifestyle changes these conditions can be managed and help in conceiving. But in some cases IVF is opted by women after methods such as ovulation induction through medication and intrauterine insemination (IUI) have failed to work. These options rely on the body taking up a natural course after some intervention, however, in IVF, the entire process from maturation and selection of gametes to fertilisation and then implantation are checked at every stage. In women with endometrioma, surgical intervention to remove the cyst may be recommended prior to IVF. However, this is done on a case-to-case basis since the ovary's egg reserves may be depleted following such a procedure.

(Dr. Murdia is a gynaecologist, Co-founder and Chief Executive Officer of Indira IVF)