Home »  Living Healthy »  Yoga For Beginners: The Perfect Guide To 9 Most Popular Types Of Yoga

Yoga For Beginners: The Perfect Guide To 9 Most Popular Types Of Yoga

Yoga which comes from the Sanskrit root yuj, and means "to yoke" or "to unite"is a discipline that dates back thousands of years to India.

Anyone with an injury or medical condition, should consult a health professional before pursuing yoga

Whether you do yoga at the local YMCA, at a trendy fitness studio or with an app on your living room floor, you probably know there are plenty of ways to get into the flow. But figuring out which practice best suits your physical and mental goals can be tougher than holding half-moon pose, and a two-sentence description on a class schedule can hardly communicate what the myriad lineages and contemporary adaptations are meant to offer you.

Yoga which comes from the Sanskrit root yuj, and means "to yoke" or "to unite" is a discipline that dates back thousands of years to India. Western yoga began to boom in the United States a little more than half a century ago, becoming a fixture on the wellness scene and eventually evolving into something we consider exercise. 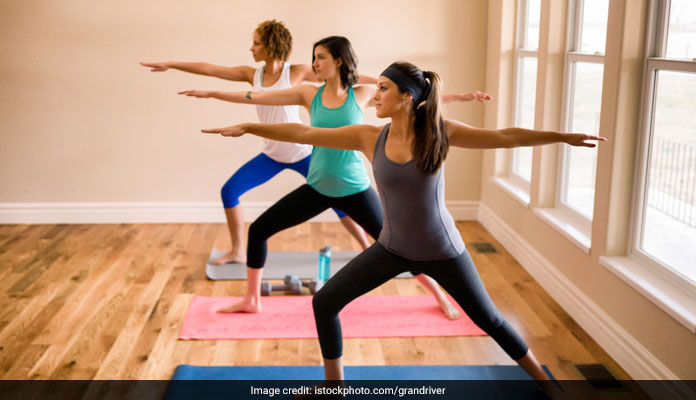 Tired Of Period Cramps? Try These Yoga Poses For Relief

Period cramps can be painful and tiring. Certain yoga positions have been proven to reduce period cramps. Lets know more about these asanas.

Yoga which comes from the Sanskrit root yuj, and means "to yoke" or "to unite" is a discipline that dates back thousands of years to India.
Photo Credit: iStock

Over the years, classical forms have been adapted to be more fitness-focused - and sometimes plain gimmicky. Now there are so many options, it can be difficult to keep up. What makes Bikram different from other hot yogas? How does ashtanga compare with Iyengar? Does aerial yoga require experience as an acrobat? How does hip-hop yoga fit into the matrix? Here's the breakdown.

This is probably the branch of yoga that comes to mind when most people think of yoga. It focuses on basic postures such as downward-facing dog or the warrior poses. Sometimes the poses are combined into a set or series - for example, sun salutations - with each pose held for several breaths. Breathing is also rhythmic, with inhaling and exhaling as drivers of motion, as well as a way to find stillness. Hatha is great for beginners and for anyone looking for a good stretch or work on their alignment.

This type of yoga, closely related to hatha, was developed in the late 1990s by American teacher John Friend, based on the idea that humans have an intrinsic goodness we can experience through yoga. (Friend was later enmeshed in a financial and sex scandal.) Classes follow set sequences that are physically challenging and aimed at opening not just the body, but the heart and mind. If you're looking for a workout with a deep focus on both the inner and outer sense of self, this might be a good option.

There are different styles of yoga designed to make you sweat. Bikram was named after another controversial founder, Bikram Choudhury (he was later accused of sexual misconduct), who popularized the series in the 1970s. Bikram is highly regimented: It consists of 26 postures, mostly done twice in a row, in a hot, humid room where temperatures can exceed 100 degrees. The idea is that the heat helps protect your muscles from injury while also allowing you to deepen the poses. Because the Bikram series never changes, it's good for beginners as well as advanced practitioners, unless they're the type of people who get easily bored.

Hot yoga, on the other hand, is derived from Bikram but is flexible in format. It just means the room is warm - typically between 80 and 100 degrees - and might contain any range of postures or particular series. Classes might look different depending on where you're practicing.

In a heated class, a teacher will probably remind students that, if they start to feel lightheaded, they always have the option to lie down on the mat. People with conditions including cardiovascular disease, back pain, asthma, diabetes, low blood pressure or pregnancy should consult with a doctor before trying this practice.

Pronounced eye-yen-gar, and developed by the esteemed teacher B.K.S. Iyengar in the 1970s, this practice is regimented, form-focused and prop-centric. (Yoga props, or tools that help you modify poses or support your body, include blocks, straps, bolsters and blankets, among other items.) There are hundreds of different sequences, so there is a lot of variety among classes, and it can be practiced by students at all stages. Poses are held for stretches of time and do not flow from one to the next: The goal is to achieve proper alignment, as well as build strength and balance. This is a good style to explore if you're trying to truly understand postures from the inside out.

If you've ever been to a yoga class where the word "flow" was a dominant part of the instructor's vocabulary, it was probably a vinyasa class. In this type of yoga, the emphasis is on performing poses that are fluid from one to the next (in a more fluid execution of the sun-salutation sequence). There is no set series for these classes; teachers might ask practitioners to call out things they want to work on and tailor it to those requests. Mindfulness of breath, and marrying your breath to movement, is a part of this practice, too.

Many of these classes are open-level, but studios often will mark more challenging classes as intermediate or advanced. For those with injuries, keep in mind that vinyasa can be physically challenging (you can always ask your instructor for modifications). Depending on where you're taking the class and who is teaching it, this form of yoga can feel like a full-on aerobic workout. Even the basic "flow" aspect can be tough - teachers will call for students to take a vinyasa between poses - moving from downward dog into high plank and then into low plank (called chaturanga), before lowering yourself to the ground, moving through upward dog and then back to downward dog. Taking a vinyasa requires a fair amount of strength (it can be modified by dropping your knees, as with a push-up). But once you get the hang of it, the feeling is powerful.

Ashtanga is similar to vinyasa - you'll flow from one pose to the next and be guided by your instructor to link your breath to the movement of your body - but the difference is that it's always the same poses, in the same progression. Expect a good workout; you'll challenge yourself and get sweaty.

If you're looking for a practice that will help support you during other styles of yoga, and you're patient enough to stay in a posture for long periods of time, then yin might be for you. In these classes, the instructor will have you hold a posture for several minutes, which helps connective tissue such as tendons, ligaments and fascia become more flexible. A long half-pigeon pose can be painful in the moment. But your body will thank you the next time you're holding Warrior II.

Have you ever walked into an unfamiliar yoga class and left an hour later wondering why you didn't do a whole lot of moving? You may have been in a restorative class. The goal of this practice, which is good for students of all experience levels, is relaxation, rejuvenation and healing. It is a slow-paced, meditative style that focuses on stretching by holding poses for up to several minutes, sometimes with supportive props such as blankets and bolsters, and turning attention inward. There's a reason restorative classes often happen in the evening with the lights turned down: They're like non-sleeping naps that aim to leave you feeling - you guessed it - restored.

If there is a part of you that regrets never running off to join the circus, aerial yoga, a style that can be found in specialty studios, offers you the opportunity to feel like you're swinging from a flying trapeze (or at least being suspended in midair under slightly less stressful circumstances). With its goal of stretching, aerial yoga adds elements of Pilates and dance to traditional yoga poses, supplemented with a hammock so that practitioners can hold the postures while hanging in the air. Although the jury is still out on the specific health claims of this practice, it can, with the aid of gravity, help students deepen poses that might be more difficult on the ground. Also file under: super fun. Even so, it may not be right for everyone. Pregnant women, and anyone with an injury or medical condition, should consult a health professional before pursuing this practice.

As yoga becomes an increasingly popular form of exercise in the United States, boutique studios and fitness companies are coming up with new styles. One variation is Y7 Yoga in New York City, which pairs energetic flow sequences with heart-thumping hip-hop music (it's a little like the Soul Cycle version of yoga). Paddleboard yoga is another emerging form. Balancing adds an extra challenge, and you might wind up in the water. Some styles probably aren't going to make it into your regular rotation. But who knows, getting into downward dog with a goat balancing atop your back might be a charming way to enhance your practice. 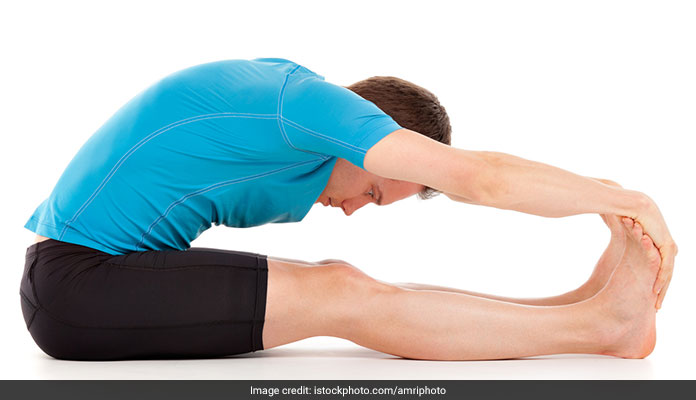 Western yoga began to boom in the United States a little more than half a century ago
Photo Credit: iStock