The agricultural, economic and nutritional importance of mustard is enormous in the Indian context. It is the country's most important winter oil seed crop.

mustard oil is an innately Indian cooking medium, having been around for thousands of years.

The Indian government wants to double the income of farmers by 2022. A roadmap prepared by NITI Aayog outlines the rationale, strategy and action plan for achieving this commendable milestone. We believe that such a plan needs a separate set of measures that focus on mustard farmers -- and promotes mustard as a crop. The agricultural, economic and nutritional importance of mustard is enormous in the Indian context. It is the country's most important winter oilseed crop. The area under mustard cultivation is significant -- close to 70 lakh hectares -- producing 6.82 million tonnes in 2015-16, with the estimate for 2016-17 being 7.9 million tonnes. And millions of farmers and their families derive their livelihood from it. 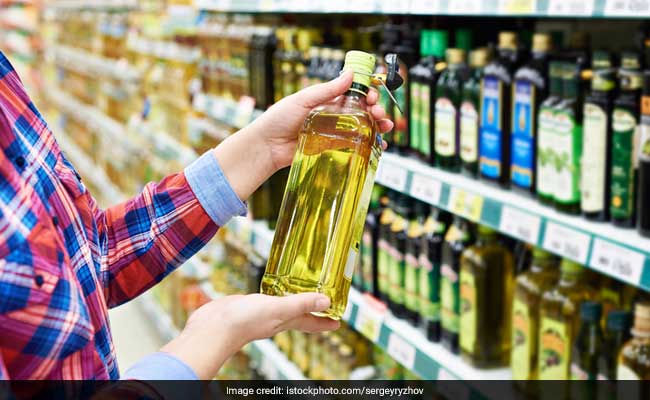 From boosting appetite to reducing inflammation, check out the health benefits of mustard oil.

Atopic dermatitis can cause irritation to the skin. Here are some home remedies to reduce the symptoms.

Mustard oil is an innately Indian cooking medium, having been around for thousands of years.
Photo Credit: iStock

Also, mustard oil is an innately Indian cooking medium, having been around for thousands of years. This means that mustard and mustard oil are already aligned with the government's 'Make in India' initiative.

The importance of mustard is a strong reason for evolving a National Mustard Policy to promote it at all levels -- as an agricultural commodity, as cooking oil, as a nutritional intervention and as a means for promoting health in general and cardiac health in particular.

Currently, the government does not have a policy focused on promoting mustard as an attractive cash crop for farmers. Ideally, such a policy should expand the area under mustard cultivation, reduce the gaping demand-supply gap by increasing domestic production of mustard oil, and ease the dependence on edible oil imports which are, on an average, around 15 million tonnes each year -- that's a forex outgo of a whopping Rs 77,000 crore. (Although, this year's data indicates a significant drop for the first time in decades.)

The proposed policy should look at ways to make the National Commodities and Derivatives Exchange Limited (NCDEX) more farmer-friendly. Earlier this year, the Finance Ministry flagged off a modality that offers agricultural commodity options which would enable farmers to protect themselves against adverse price changes and minimise their risks. However, farmers -- in particular, mustard farmers -- have not been able to get minimum prices and remunerative returns despite assurances.

A comprehensive National Mustard Policy would also need to establish clearly-defined norms and guidelines for the introduction of GM (Genetically Modified) varieties of mustard (if that were to happen in the imminent future). Such norms should include upgrading our food-testing facilities which are, at present, not geared to detect and identify GM varieties. This would also facilitate effective labelling norms for GM products.

Mustard and mustard oil have always been an integral part of the ancient Indian healing science of Ayurveda. The government has already established an apex body to develop this domain -- the Ministry of AYUSH (Ayurveda, Yoga, Unani, Siddha and Homoeopathy). This ministry could play a key role in the evolution and implementation of the proposed policy, and in promoting "nature's gift to India" all over the world.

At a broader level, the evolution of an effective National Mustard Policy must include infrastructure and supporting systems. For several years now, we have been recommending the establishment of an apex body by the government -- a Mustard Oil Development Board, along the lines of the Malaysian Palm Oil Board, the American Soybean Association and Spain's International Olive Council.

The proposed Board could go a long way in ensuring an integrated approach to the development and promotion of the mustard industry as a whole, helping mustard farmers obtain remunerative prices, increasing per acre productivity, and enhancing value addition.

Moreover, like its counterparts in the US, Malaysia and Spain, the proposed Board could also promote mustard oil overseas, and lobby for the removal of unfair (and unscientific) constraints that exist in the US and certain EU countries where Indian mustard oil must statutorily be labelled "For External Use Only". What palm oil is for Malaysia, olive oil for Italy and soya oil for the US, mustard oil can indeed be for India. And, therefore, like these countries, India can become a significant foreign exchange earner through the robust export of mustard oil.

There is, admittedly, a lot of work to be done to actualise an initiative as ambitious and wide-ranging as a National Mustard Policy. But as with all plans, one must begin somewhere. The coming financial year offers excellent prospects for giving mustard -- and mustard farmers -- an opportunity to establish new benchmarks as one of India's leading edible oils.

Healthy Eating: Here's Why You Should Eat Dry Fruits Each Morning

Diet: Here's What A Sustainable Diet Means And How To Follow It