Here's A Perfect Guide To Pick The Right Running Shoe

With cross-country in full swing and the year's most popular marathons and half-marathons just weeks away, lots of runners are looking for new footwear.

Choosing the right running shoe has never been easy. There are so many shoe companies and so many models, each touting various high-tech features. How is a buyer supposed to make the smartest choice? Now is the season to figure it out. With cross-country in full swing and the year's most popular marathons and half-marathons just weeks away, lots of runners are looking for new footwear. Fortunately - almost amazingly - many experts believe shoe-buying is getting simpler. You don't need a computer algorithm. You'll probably fare best by trusting your sense of feel. 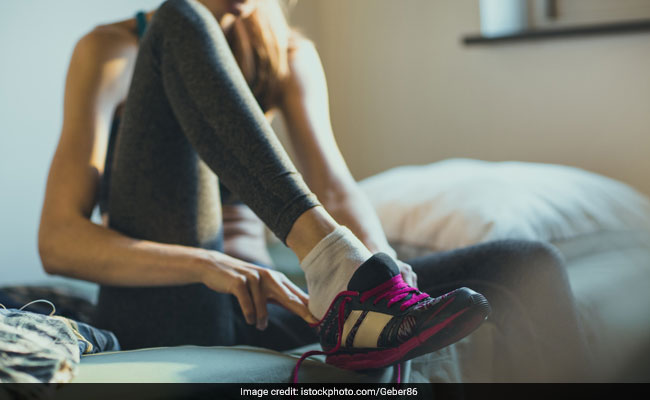 Follow These Tips For Optimal Bone Health In Older Adults

A healthy diet and lifestyle can help prevent bone-related problems. Add enough foods rich in calcium, protein and vitamin D to your diet.

Bent Leg Sit Up And Reach: Heres A Guide For You To Perform This Exercise Perfectly

The fitness trainer shared a step-by-step guide to perform the 'Bent Leg Sit Up & Reach' move.

A few years ago, "minimalist shoes," designed to mimic barefoot running, were all the rage. The theory might have been good, but the results weren't. "To borrow from Winston Churchill, never has so much damage been done to so many by such little shoes," Washington podiatrist Stephen Pribut says. In particular, many runners suffered forefoot pains and sometimes stress fractures because of the lack of cushioning. Others complained of calf strains and Achilles tendinitis.

A backlash followed quickly, but so did a new approach among shoe companies. Although they brought back thick cushioning, they also abandoned bulky devices intended to increase motion control. "As a sort of minimalist legacy, many manufacturers stripped unnecessary extra bits out of their shoes, making them lighter and simpler," notes Jeff Dengate, shoe expert and runner-in-chief at Runner's World magazine.

Of course, super-cushioning, like lack of cushioning, can't eliminate all running injuries. So, neither a maximalist nor minimalist design is the key to finding a good running shoe.

Nor, it turns out, is the shape of your foot, despite the fact that consumers have been advised for decades to buy shoes based on the height of their arches. This is determined, not so scientifically, by the "wet test," which involves stepping into a pan of water and then onto a sheet of paper to create a footprint. If you have flat feet, your feet are assumed to "overpronate," or roll inward, and you're supposed to buy rigid shoes. If you have high arches, you're supposed to buy a shoe with extra cushioning and support.

But when Marine Corps medical staff conducted a randomized, controlled trial of this method, they concluded that using the wet test to select running shoes "had little influence on injuries."

Around the same time, biomechanics specialists also changed their assessment of pronation, previously blamed for many injuries. In his book "Biomechanics of Sport Shoes," veteran Canadian biomechanics researcher Benno Nigg explains that pronation is an entirely normal phenomenon. In fact, it's the way humans are designed to walk and run. Excessive, harmful overpronation is rare, Nigg says. A 2014 study in the British Journal of Sports Medicine confirmed his position by following 927 novice runners for a year and finding that the pronators had, if anything, fewer injuries than non-pronators.

"The foot is going to move the way it prefers to move, regardless of the shoe," says Clearwater, Florida, running podiatrist Brian Fullem, author of "The Runner's Guide to Healthy Feet and Ankles."

This means runners who are used to buying shoes based on the height of their arches or the advice of salesmen who have watched them run across the store to gauge their pronation tendency need a new strategy.

That new strategy? Try on lots of shoes, including brands and models you might not have considered in the past. Nigg proposes that the best running shoes are the ones that feel best when you lace them up and give them a spin. "Comfort is hard to quantify," he acknowledges in his book, "but everyone knows it when they feel it. And comfort is associated with performance, injuries, muscle activity and other biomechanical, physiological and/or psychological factors."

Although some factors have changed, many essential shoe-selection tips remain the same. The following list comes from the American Academy of Podiatric Sports Medicine and the experts interviewed for this article.

Regard these tips as tried-and-true essentials:

1. Buy at a store. You might save $10 to $20 online, but the in-store fitting process is so central to a running-shoe purchase that you can't put a price on it.

2. Try on shoes in the late afternoon or early evening, because your feet swell during the day (and when you run).

5. Avoid shoes that are too short. Select a pair with a finger's width of space between your toes and the front of the shoes.

6. Jog around in the store or on a nearby sidewalk. You can't judge running shoes by walking.

7. Buy the simplest, least gimmicky shoe that feels good and works well. That doesn't mean the lightest or most minimal, but it does mean avoiding excessive weight and unnecessary doodads. Also, there's no evidence that expensive shoes are better for you.

How do you know you've found the right shoes? Here's how Jonathan Beverly puts it, based on his decade-plus as the head shoe tester at Running Times magazine and research he did for his book, "Your Best Stride." "With the right shoes, you land where you're supposed to land, the shoes bend where they're supposed to bend, the cushioning feels good without slowing your stride, the support is neither too much nor too little, and you push off smoothly and strongly." 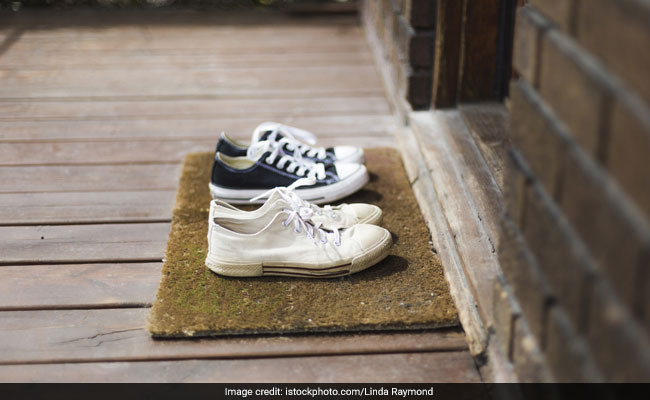 Try on shoes in the late afternoon or early evening, because your feet swell during the day
Photo Credit: iStock

You won't find a shoe like this in 60 seconds or less. Fullem says runners should sample five or six pairs before making a final choice. Dengate agrees. "If you try on several different pairs of shoes," he says, "you might be surprised to discover a new shoe that you'll love."

Once you've fallen in love, break in your purchase gradually; even if the shoes feel great at the store, you should never race in a new pair. Finally, keep track of your miles run in the shoes. When you reach 300 to 500 miles, start searching for your next pair. It's better to buy sooner than to risk injury, time off and potentially expensive medical visits.

Burfoot is a freelance writer and editor and a member of the Running Hall of Fame. His most recent book is "Run Forever: Your Complete Guide to Healthy Lifetime Running.''