Home »  Living Healthy »  Delhi Pollution: Here's What You Can Do Individually To Reduce Air Pollution And Its Health Risks

Delhi Pollution: Here's What You Can Do Individually To Reduce Air Pollution And Its Health Risks

Delhi pollution: Air quality in Delhi continues to be severe. Doing something to curb air pollution is the need of the hour. Read here to know what you all can do individually to reduce pollution and prevent health risks associated with it.

Delhi pollution: Air pollution is defined as a mixture of solid particles and gases in the air. Currently one of the most talked-about topics in the country capital, air pollution is a serious issue which needs to be addressed on an urgent basis. In the past week, a public health emergency was declared in Delhi. The phenomenon has somewhat been similar post Diwali every year, since the past three years. Burning of crackers is definitely a big contributor to pollution in Delhi and neighbouring states in North India. Also, agricultural stubble burning in Punjab and Haryana are significant contributors to rising pollution levels in Delhi.

In such a scenario, what can be done at an individual level? To quote Greta Thunberg, 16-year-old climate and environmental activist from Sweden, "We are living in the beginning of a mass extinction. Our climate is breaking down. But we can still fix this. You can still fix this. To survive, we need to stop burning fossil fuels. But this is not enough."

How Does Air Pollution Affect Your Heart Health? Expert Explains

Air pollution and heart health: Pollution levels have reached an all-time high in India and patients suffering from angina or atrial fibrillation may have felt worse under these conditions, as continuous exposure to pollutants leads to plaque formation in the arteries thereby triggering heart attacks in patients who are at high risk.

Also read: Eat These Foods Daily To Protect Yourself From Air Pollution

Delhi pollution: How can you curb the menace caused by air pollution at an individual level?

For instance, planting trees can work wonders towards curbing the menace caused by air pollution. A tree is the magic machine which sucks carbon out of the air, costs very little and builds itself. It is an example of a natural climate solution. Nature, indeed, is a tool that can be used to repair our broken climate. Protect your environment by raising your voice against deforestation. When nature is doing something vital, it is of utmost importance to protect it. Natural climate solutions are probably one of the most effective and simplest solution to the air pollution menace.

And there are many reasons why you must act upon it. According to studies, air pollution reduces life expectancy by nearly 2 years. It is one of the worst environments for your future generations to grow up in. Also, it puts you at risk of diseases and negatively impacts your quality of life.

Also read: These Simple Household Activities Could Be Contributing To Air Pollution

Increased incidence of coughing, sneezing and other signs of respiratory illness are most certainly because of poor, unhealthy, very unhealthy and hazardous air quality index. We speak to Dr SP Yadav about signs that air pollution has affected a person, and he says, "Coughing or choking sensation in your throat, burning sensation in your eyes and headaches are some of the first signs of air pollution affecting your health," he says.

Speaking about some effective steps to take to reduce risk associated with air pollution, Dr Yadav adds, "Individually, I recommend people to stay indoors until the air quality improves."

1. Do not go out for jogging or morning walk or exercise outside your house. Do not skip exercising. Just shift indoors and do your workout in your house or at the gym. 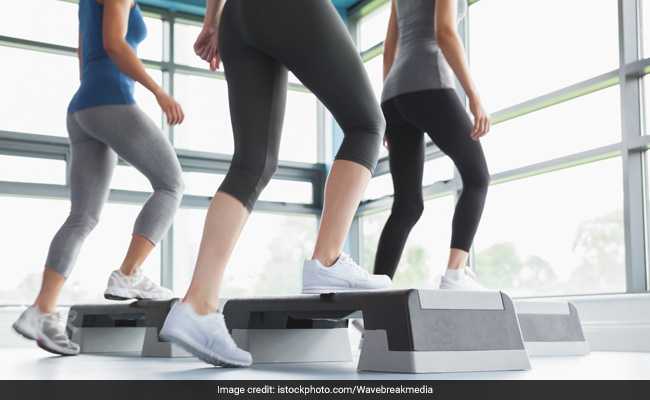 Do not skip exercising, exercise indoors to avoid falling sick because of pollution
Photo Credit: iStock

2. Use a pollution mask whenever you step out of the house.

3. Drink a lot of fluids to reduce throat irritation.

A lot of steps need to be taken on a larger scale to curb the air pollution menace, he asserts. For this, the cause of air pollution needs to addressed.

Dr Yadav refers to climate change and how it is linked to air pollution. "We have also experienced significant climate change in the past 20 years. Better weather research needs to be done, with respect to the time and speed of the winds through the year. Basically, wind stops moving and that is what fills Delhi and its neighbouring areas with thick smog. This begins end of October every year and continues till first two weeks of November," says Dr Yadav.

In such a scenario, he recommends shutting down of schools of at this time of the year, and reducing the duration of summer and winter vacations accordingly.

"The whole world is experiencing climate change. Weathers now occur in extremes, with Delhi experiencing harsher summer and colder winter. Excessive rain and severe drought are also common occurrence now. This has made things more unstable and the future has become all the more unpredictable. Pollution is related to climate change and it is further adding to climate change and global," Dr Yadav explains while adding that we are stuck in a vicious circle.

With air quality getting no better, the need of the hour is to take all possible steps for curbing air pollution.