Air pollution is bad for one's health especially lungs. A recent study says that exposure to polluted air can affect the mental health of children. Here is how and prevention tips to protect kids from air pollution.

Air pollution is increasing rapidly due to many factors. Due to the increased amount of pollutants and dust the quality of air has decreased. It has increased the risk of diseases that can be caused by air pollution. Lung diseases are the commonly known diseases that people are aware of. But air pollution can affect other organs and body parts as well. Kids are also at a greater risk of suffering from diseases which can be caused by inhaling polluted air. According to a research, exposure to polluted air can affect the mental health of children.

Researchers have found that short-term exposure to ambient air pollution is associated with exacerbations of psychiatric disorders in children one to two days later. The study, published in the journal Environmental Health Perspectives, also found that children living in disadvantaged neighbourhoods may be more susceptible to the effects of air pollution compared to other children, especially for disorders related to anxiety and suicidality.

"The fact that children living in high poverty neighbourhoods experienced greater health effects of air pollution could mean that pollutant and neighbourhood stressors can have synergistic effects on psychiatric symptom severity and frequency," said study lead author Cole Brokamp from University of Cincinnati in the US.

Asthma Worsening In Summer? Here's How To Avoid Triggers

Using a saline nasal spray can help you avoid nasal irritation and clear blocked nose. It can also be used to relieve nasal congestion during a cold.

Three new studies from Cincinnati Children's Hospital Medical Center, in collaboration with researchers at the University of Cincinnati, highlight the relationship between air pollution and mental health in children.

Also read: Simple Tips To Protect Yourself From Air Pollution

Two other Cincinnati Children's studies also link air pollution to children's mental health and found an association between recent high traffic-related air pollution (TRAP) exposure and higher generalised anxiety. The study is believed to be the first to use neuroimaging to link TRAP exposure, metabolic disturbances in the brain, and generalized anxiety symptoms among otherwise healthy children.

The researchers found higher myoinositol concentrations in the brain - a marker of the brain's neuroinflammatory response to TRAP. The other study found that exposure to TRAP during early life and across childhood was significantly associated with self-reported depression and anxiety symptoms in 12-year-olds.

The studies collectively concluded that exposure to air pollution during early life and childhood may contribute to depression, anxiety and other mental health problems in adolescence, said the researchers. 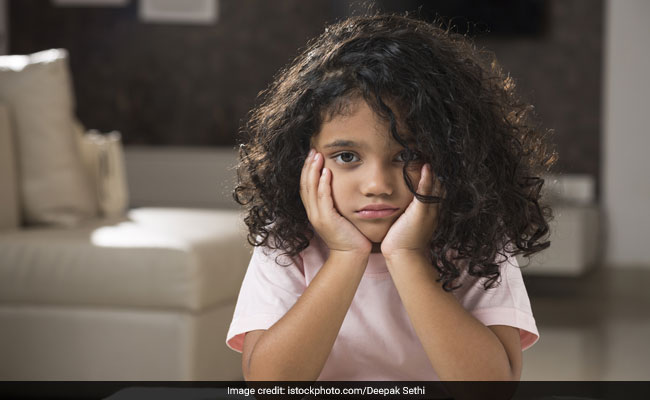 To fight such health issues and other adverse effects of air pollution you can follow some step to keep your children safe. Here are some prevention steps which you can follow.

1. Keep your kids indoors when the air quality is worse; try to involve your kids in indoor games and activities

2. Give your kids a mask before they step outside

3. Make your children drink maximum liquids throughout the for detoxification

5. Keep your indoors clean; you can also add air-purifying plants to your garden

Also read: Parents, Here's How You Can Encourage Healthy Eating Habits In Kids