Chemicals In Cosmetics Can Lead To Early Puberty In Girls

Early puberty in girls have been linked with increased risk of mental illness, breast and ovarian cancer; and testicular cancer in boys.

Girls who had higher concentrations of parabens in their urine at age 9 experienced puberty at young age.

Girls exposed to chemicals commonly found in toothpaste, makeup, soap and other personal care products before birth may hit puberty at an early age, finds a new study. The study found that in-vitro exposure to chemicals in personal care products such as phthalates -- found in scented products like perfumes, soaps and shampoos -- parabens -- used as preservatives in cosmetics -- and phenols -- which include triclosan -- advances pubertal age in girls. Early puberty in girls have been linked with increased risk of mental illness, breast and ovarian cancer; and testicular cancer in boys.

However, the association was not observed in boys.

"We know that some of the things we put on our bodies are getting into our bodies, either because they pass through the skin or we breathe them in or we inadvertently ingest them," said Kim Harley, Associate Professor from the University of California in the US.

When Did You Get Your First Period? Here's How It Decides Your Body Weight

A new study claims that girls who hit puberty at an early age are at a greater risk of obesity as adults. Here's what our expert has to say.

Signs Of Puberty Every Parent Should Be Aware Of

Parents must make sure to take note of these signs of puberty. 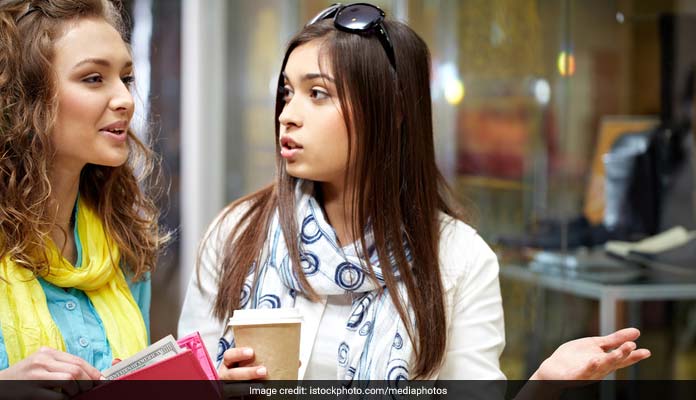 For the study, published in the journal Human Reproduction, the team included 338 children -- 159 boys and 179 girls.
Photo Credit: iStock

"We wanted to know what effect exposure to these chemicals has during certain critical windows of development, which include before birth and during puberty," Harley added.

For the study, published in the journal Human Reproduction, the team included 338 children -- 159 boys and 179 girls.

The findings showed that more than 90 per cent of urine samples of both mothers and children showed detectable concentrations of phthalates, parabens and phenols.

However, there was an exception of triclosan which was present in approximately 70 per cent of the samples.

In addition, girls who had higher concentrations of parabens in their urine at age nine also experienced puberty at younger ages.

However, it is unclear if the chemicals were causing the shift, or if girls who reached puberty earlier were more likely to start using personal care products at younger ages, the researchers noted, adding the need for more studies.