World Lung Cancer Day 2020: Lung cancer is the biggest cause of cancer related deaths in the world. In fact, in 2018, 1.8 million deaths across the globe were attributable to lung cancer alone. In India alone, 60,000 patients died due to lung cancer in in that year.

World Lung Cancer Day is observed on August 1. Lung cancer is usually a neglected entity in the universe of cancer management in India. It is not one of the first diagnosis in the mind of the primary doctors, neither is it a top priority in the cancer treatment centers. Even when we talk about awareness, we restrict ourselves to breast and gynecological cancers in women and to head and neck cancers in men but conveniently forget lung cancers. One of the main reasons for this step-motherly treatment towards lung cancer is usually the dismal prognosis associated with it. Once the diagnosis of lung cancer is confirmed, everybody, including the treating doctors, condemn the patient to a life span of under a year and feel that there is not much point treating such patients.

It is a fact that lung cancer is the biggest cause of cancer related deaths in the world. In fact, in 2018, 1.8 million deaths across the globe were attributable to lung cancer alone. In India alone, 60,000 patients died due to lung cancer in in that year.

Sometimes we have to read between the lines to understand the statistics. It is important to understand that the large number of deaths that are associated with lung cancer are because they are usually detected in advanced stages. This can make a huge difference to survival rates in patients of lung cancer. Early stage lung cancer, if treated diligently and for its complete duration, has a survival rate of more than 5 years in most cases. However, a Stage 4 lung cancer patient will not be able to survive more than an average of 6 - 8 months.

Cervical Cancer The Journey Of A Preventable Cancer

Pancreatic Cancer is the most severe form of cancer that can occur in any part of the pancreas, despite the small number of cases.

So, it is important for us to understand the causative factors and early signs and symptoms of lung cancer, to detect it early and also realise what is the best possible treatment for it. 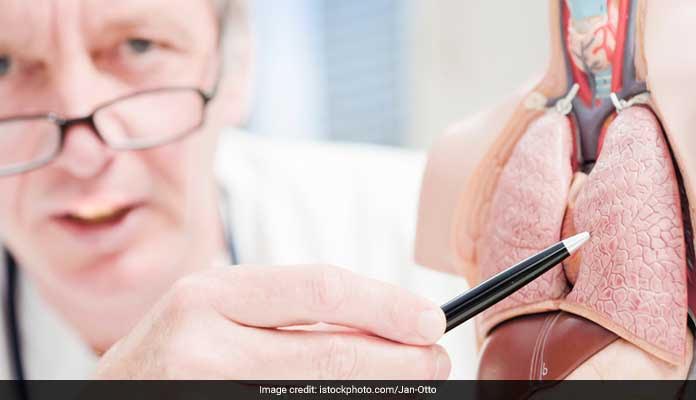 Also read: Keep Your Lungs Healthy With These Simple Methods

1. Cigarette smoking is the biggest cause of lung cancer. Its smoke contains more than 4,000 chemicals, most of which have been identified as causing cancer agents. A person who smokes more than one pack of cigarettes every day has a 20-25 times greater risk of developing lung cancer than a non-smoker.

2. Passive smoking, or secondhand smoke, can be another big cause of lung cancer.

4. Chemical Exposure - Accidental or Occupational exposure to Asbestos or Radon also increases the risk of lung cancer. Asbestos is a commonly associated with cement industry

5. Lung diseases, such as tuberculosis (TB) and chronic obstructive pulmonary disease (COPD), also create a risk for lung cancer. A person with COPD is at four to six times greater risk of lung cancer and this is when there no exposure to cigarette smoking.

Also read: Smoking Cessation At Any Stage Is Beneficial: Here's How

Symptoms and signs of lung cancer include

Prevention and screening for early detection

Prevention is primarily focused on smoking cessation. Smokers who wish to quit obtain benefit from many different strategies, including nicotine replacement therapy with patch or gum, counseling, and support groups. Smokers who do not wish to quit, but are told that they must, often will relapse if they can ever quit at all.

"Adults between 55 and 77 years of age with a history of at least 30 pack years of cigarette smoking, either currently smoking, or who have quit in the past 15 years, and who have discussed the risks and benefits of CT screening with the ordering physician and have undergone documented smoking cessation counseling should undergo annual low-dose CT scan screening."

Such testing has shown that the risk of fatality from lung cancer is reduced by 15% -20 vis-a-vis those receiving only an annual chest X-ray.

Remember, it is in our hands to prevent and detect lung cancer. The later the lung cancer is detected, the worse is the prognosis, shorter the survival and less effective the treatment. Hence, be alert and if you feel that your body could be showing any signs of a lung discomfort, consult your doctor today to preempt any chances of developing a fatal disease.