Swine Flu cases are rising in Maharashtra, Gujarat and Kerala

H1N1 flu is also known as swine flu. It's called swine flu because a few decades ago, the people who caught the H1N1 flu had direct contact with pigs. That changed several years ago, when a new virus emerged that spread this flu among people who hadn't been near pigs.

In 2009, H1N1 was spreading fast around the world, so the World Health Organization called it a pandemic. Since then, people have continued to get sick from swine flu, but not as many.

Today, most parts of India are in the grip of swine flu with western and southern states of the country the worst hit. Tamil Nadu and Karnataka account for more than 55% of all cases, while Maharashtra has recorded half of all deaths.

This year, 353 cases of H1N1 infection have been reported by the Brihan Mumbai Municipal Corporation (BMC) and 68 of those were outstation patients. In the last week alone, at least 92 cases of H1N1 have been reported across the city and there is a considerable strain on resources like ICU wards due to the sudden influx of fever patients. Civic officials have swung into action, surveying 500 houses and 2,614 people from the slums to identify more cases of fever.

"This is the highest number of new swine flu cases registered on a single day so far, this year. It is shocking that from an average of two cases per day, it suddenly rose to 18 cases on one day," said an officer from BMC's health department.

Three deaths occurred in the last week, two of the victims being a pregnant woman and another a TB patient.

Dr A C Dhariwal, director of National Centre for Disease Control (NCDC), said HINI "has indeed changed the way we used to tackle viral fever in the country. Apart from Maharashtra, Gujarat and Kerala are also badly affected".

In January-June this year, H1N1 claimed more lives in Maharashtra than malaria which has caused one fatality and dengue two.

The resurgence comes after a lull in 2016 when far fewer deaths (26) were reported. In 2015, the state had witnessed its worst outbreak with 905 deaths.

Experts say its mode of transmission through infected droplets released into the air makes control or prevention almost as challenging as in the case of tuberculosis. "In dengue and malaria, we can attack the vector and control the disease. But your combat tools are limited when the fight is against an airborne disease that provides a limited window to treat," said Dr Satish Pawar, head ofirectorate of Health Services (DHS), Maharashtra. 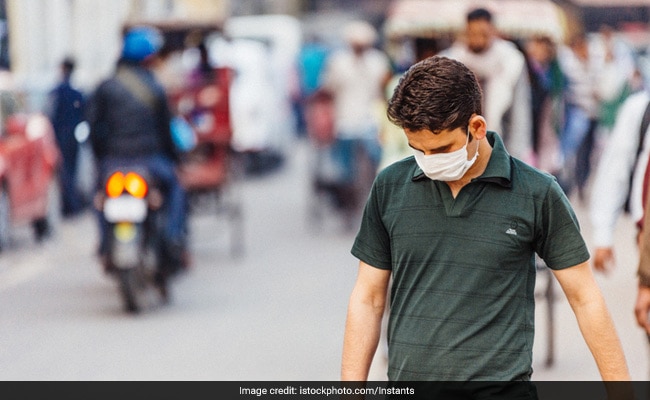 H1N1's progression as a life threatning disease is exceptionally rapid. "Doctors often tend to wait for test reports, which is costing us lives," he said, explaining why a viral disease is causing such a high number of casualties. He believes that people with underlying health problems and weak immune system are succumbing to the disease and that's why the number is increasing rapidly.

Fluctuation in temperature and high moisture content in the air are conducive for the spread of H1N1 virus and therefore, people are advised to take preventive measures.

BMC officials advise Mumbaikars to be extra cautious as swine flu can be confused with viral fever, which can delay the right treatment and increase the chances of a fatal infection. Children, pregnant women, senior citizens and patients with heart diseases are at a higher risk.

"Its important not to neglect any symptoms of swine flu. If they have fever or body pain, they should immediately visit the nearest hospital. Moreover, until they recover completely, they should avoid going to public places," said Dr Padmaja Keshkar, head of the BMC's health department.