Home »  Living Healthy »  World Hemophilia Day 2020: Causes And Symptoms Of The Disease In Which Blood Does Not Clot Normally

World Hemophilia Day 2020: Causes And Symptoms Of The Disease In Which Blood Does Not Clot Normally

World Hemophilia Day: Hemophilia is a rare disease in which the blood does not clot normally because of lacking sufficient blood clotting proteins. Read here to know common causes and symptoms of this condition.

World Hemophilia Day is observed on April 17. Hemophilia is a rare disorder in which the blood does not clot normally. This occurs because the blood lacks sufficient blood-clotting proteins. A person with hemophilia may bleed for a longer time in case of injury. Small cuts are usually not as problematic. A major concern in a person with severe deficiency of the clotting factor protein is deep bleeding inside the body, especially in the knees, ankles and elbows. This internal bleeding can damage your organs and tissues and can be life-threatening.

Also read: Multiple Sclerosis: Early Signs And Symptoms Of This Disease You Must Know

Signs and symptoms of hemophilia depend on the level of clotting factors. If your clotting-factor is mildly reduced, you may bleed only after surgery or trauma. Spontaneous bleeding occurs in case your deficiency is severe.

People with severe hemophilia can experience bleeding in the brain with a simple bump on the head. However, this is a very rare case scenario and is one of the most serious complication of hemophilia. It can also result in painful or prolong headache, sleepiness or lethargy, repeated vomiting, sudden weakness or clumsiness, convulsions or seizures.

If you experience these symptoms, you must visit a doctor. Also, do not delay visiting your doctor if your bleeding does not stop after injury. You should also go for a diagnosis if you swollen joints that are hot to touch and painful to bend. 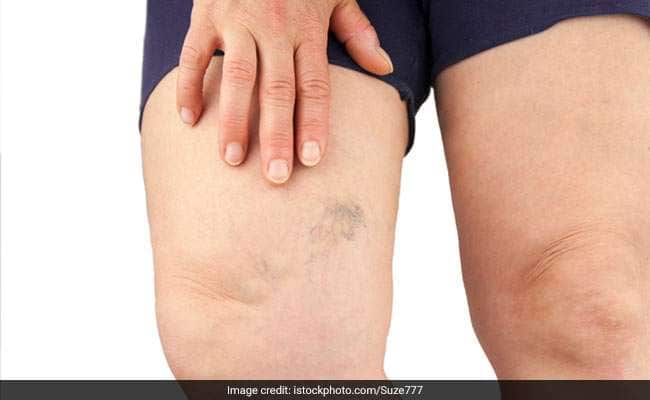 Hemophilia causes swollen joints that are hot to touch and painful to bend
Photo Credit: iStock

Also read: Do you have Joint Pains? It Can Be A Sign Of Vitamin D Deficiency; Know The Signs And Symptoms

Hemophilia is treated with regular replacement of the specific clotting factor which is reduced. If not treated, it can lead to complications like deep internal bleeding, infection, damage to joints, and adverse reaction to clotting factor treatment.

This World Hemophilia Day, let's pledge to increase awareness about hemophilia, importance of its treatment and early diagnosis.

Also read: What Are Blood Clotting Factors and How To Cure Them