Home »  Living Healthy »  Is Shisha/Hookah Smoking Safe For You? Our Expert Debunks Myths And Facts

Is Shisha/Hookah Smoking Safe For You? Our Expert Debunks Myths And Facts

Hookah/Shisha sure is much cooler than cigarettes but, it is safer?

Shisha/Hookah VS Cigarettes, which one is safer?

A glass-bottomed water pipe, some fruit flavored tobacco and roasted charcoal, shisha is so relaxing and so much safer than cigarette smoking. Turns out, this is not true.

Quitting Smoking Is More Difficult For Women Than Men

The study revealed that women smoke fewer cigarettes than men but they are less likely to quit.

World No Tobacco Day 2021: The Connection Between Smoking And Lung Cancer

World No Tobacco Day: Tobacco consumption kills around 8 million people a year around the world. India is the second largest consumer of tobacco globally, and accounts for nearly one-sixth of the world's tobacco-related deaths.

Where young adults meet in shisha cafes, sharing the pipe with each other and enjoying a peaceful and relaxing time, they fail to realize that they are doing worse to their lungs that they could do with cigarettes. 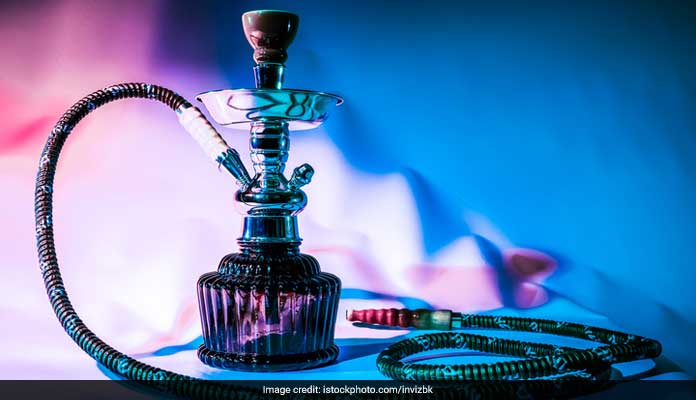 But the water in hookah absorbs all the toxins right? Well, it doesn't!

And it's not just water, even if you prepare a milk-based hookah; it is not going to be any better. No matter what you use as a base, the effect of hookah on your body will not be a positive one.

Dr. Himanshu Garg explains this. He says, "Hookah is as harmful as cigarettes. People have this perception that it is safer because smoke passes through the water but that has been proven wrong. While smoking hookah, people tend to inhale very deeply and people do it all day long which makes it a part of the culture. It might be a little milder but turns out that the impact will be the same altogether."

In fact, smoking hookah exposes you to more tobacco due to the excess amount of smoke that you inhale in one go which is much more than cigarettes. Hookah lasts for more than an hour as compared to a little cigarette which goes out in just a few minutes.

A World Health Organisation report suggests than smoking a hookah for an hour is as bad as smoking a 100 cigarettes or more. So if you feel that opting for hookah is cooler and safer, trust us, it's not. Even if the tobacco passes through water, the cancer-causing chemicals are still there which can affect you with lung and heart cancer.

Take a look at the potential risks involved with smoking shisha:

3. Hookah smoking does not guarantee lower levels of nicotine; it can actually be more than that.

5. If pregnant women smoke shisha during pregnancy, it can result in low birth weight.

6. You never know the hookah pipes in shisha cafes are cleaned properly or not. This can mean a high risk of infections like Hepatitis, meningitis and even tuberculosis in some cases.

8. It may also lead to wrinkled skin and impotence in extreme cases. 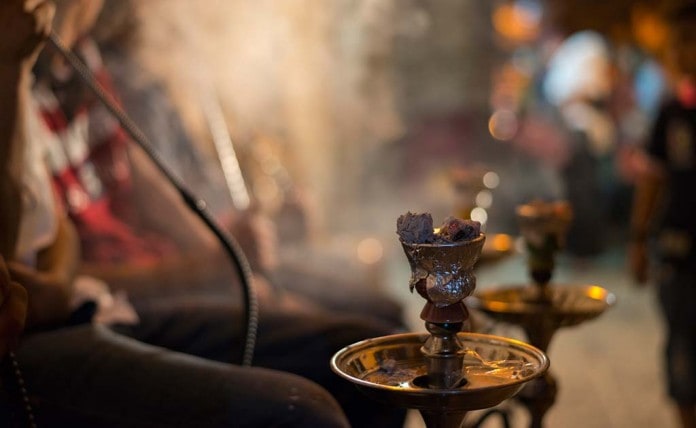 Dr Garg gives his inputs as to how you can quit smoking altogether. He says, "Giving up smoking like they say is like going up a mountain. You may fail some attempts but eventually you will climb the mountain. There are two basic issues involved with it. One is Nicotine addiction and the second is identifying and preventing the basic queues for smoking."

Dr Garg explains queues as the excuses you make for smoking. For example, after every meal you feel like smoking or even when you wake up you feel the need to smoke. It becomes an automatic behaviour.

He says, "We encourage people to identify these queues and write them down and then work around them. Instead of smoking, you could go for a coffee or juice or any other substance. For nicotine addiction, we recommend nicotine substitution therapy."

(Dr Himanshu Garg is the Head of the Department of Respiratory and Critical Care at the Artemis Hospital.)