Dementia: Understanding The 7 Stages Of This Neurodegenerative Disorder

According to WHO, dementia is one of the major causes of disability and dependency among older people worldwide. Someone suffering from dementia goes through different stages. Here are all the details about the 7 stages of dementia.

Someone with dementia may forget things quite often

Dementia describes a group of symptoms that affect memory, thinking and social abilities. It progresses with time and become worse. These symptoms affect day to day functioning of the patient. This condition occurs due to physical changes in the brain. According to WHO, dementia is one of the major causes of disability and dependency among older people worldwide. There is often a lack of awareness and understanding of dementia, resulting in stigmatization and barriers to diagnosis and care. The impact of dementia on carers, family and society at large can be physical, psychological, social and economic. Worldwide around 50 million people have dementia. Every year, there are nearly 10 million new cases. The estimated proportion of the general population aged 60 and over with dementia at a given time is between 5-8%. The total number of people with dementia is projected to reach 82 million in 2030 and 152 in 2050.

Heart Diseases: Dr. Tilak lists out 5 ways by which lack of sleep is linked to increased risk of heart disease.

The research has suggested that eyes-related conditions like cataract are linked to an increased risk of dementia.

Doctors conduct a series of tests to diagnose this condition. Someone suffering from dementia goes through different stages. The severity of the symptoms are divided into 7 stages. But in some cases, these may vary depending on the area affected by the condition. Here are the 7 stages of dementia you need to know-

At this stage, a person will not show any symptoms. There is no impairment and mental function is normal. It can be hard to notice the symptoms of this disease but tests may reveal a problem.

This stage involves very mild symptoms which are usually mistaken to be normal or as an effect of ageing. For example- forgetting names of places, placement of objects or forgetting phrases. These symptoms are not evident to their loved ones.

The symptoms of the previous stage become worse. You may notice changes in thinking and reasoning abilities. Symptoms at this stage become quite noticeable. A person may find difficulty in concentrating and finding the right words. At this time it may cause difficulty in recalling recent events. 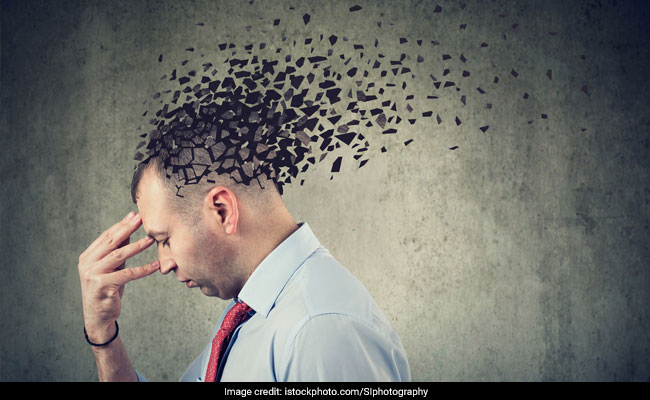 Dementia can cause difficulty in walking at later stages
Photo Credit: iStock

At this stage, someone with dementia may face difficulty in handling money and travelling to places. Making plans also becomes a difficult task.

This stage causes symptoms like forgetting names of spouses or major evens of life, difficulty in speaking, changes in personality or emotions or anxiety. A person may require assistance in day to day tasks like going to the restroom or while eating.

Also read: This Is By Far The Best Way To Reduce Risk Of Dementia

At this stage, someone with dementia spends most of the time in bed and cannot walk. He/she is not able to speak thoughts.

Early diagnosis helps an individual get access to treatment on time.