Home »  Living Healthy »  Can The New iPhone Trigger Trypophobia? Know What This Is And Why Twitterati Is Expressing Discomfort

Can The New iPhone Trigger Trypophobia? Know What This Is And Why Twitterati Is Expressing Discomfort

Trypophobia: Apple iPhone 11 pro and iPhone pro max's camera placement is reportedly making people with trypophobia uncomfortable. It is referred to as a fear of holes which causes discomforting and sick to the stomach feeling on seeing a cluster of holes.

Trypophobia is known to be intense fear of a repetitive pattern of holes, and the new iPhones seem to be triggering it. Every Apple launch event - in which the company launches its new products including iPhone - brings with itself a lot of excitement and anticipation. But the launch of iPhone 11 and other subsequent models of iPhone 11 series has raised something very strange and unexpected-trypophobia! Also termed as the fear of holes, trypophobia is a condition in which a person feels uncomfortable in seeing anything that has a pattern of holes. With the iPhone pro and iPhone pro max having close placement of camera lenses, it has triggered trypophobia in some people. Netizens took to twitter to express how the new iPhone is giving them feeling of trypophobia.

Here are a few examples

My trypophobia will never allow me to own this iPhone. Skip! pic.twitter.com/Qtbnu0qEs0

if this is real, people with trypophobia are going to have a rough time #AppleEvent pic.twitter.com/LWPJQA83Z8 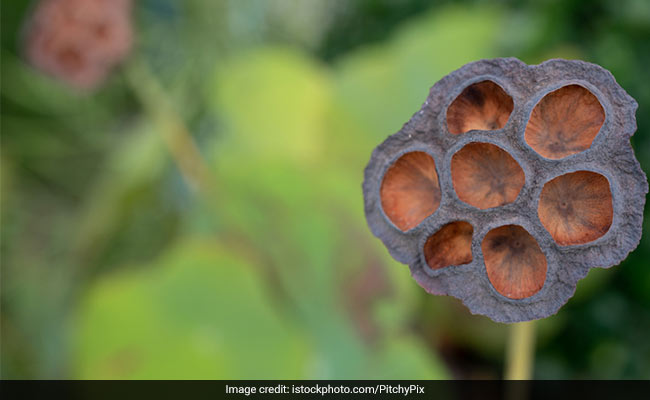 If all the tweets shared above make you uncomfortable and if the picture above makes you sick to your stomach, then you might have trypophobia. People with trypophobia are likely to get a similar feeling from honeycomb, sea sponges and even soap bubbles.

If you have trypophobia, you are going to have a physical and emotional reaction whenever you see patterns made up of holes. The bigger the cluster of circles, the more discomforting it is going to be for trypophobians.

The American Psychiatric Association (APA) says that phobias can be qualified as one only when they cause enough fear and worry that they interfere with a person's day-to-day routine. Trypophobia doesn't qualify as a phobia in this case. Experts are of the belief that trypophobia is more to do with feelings of disgust than feelings of fear.

Tryphobia symptoms may also include

Trypophobia may come from social anxiety. For some people, circles in a cluster look as if it is cluster of eyes or faces that are staring right back at you. This can upset you in case you get nervous in social gatherings.

Skin Feeling Dry And Irritated? This 4-Ingredient DIY Face Mask Is The Quick Fix You Need