Diabetes Risk In Children On A Rise, Finds Nutrition Survey; Symptoms Of Diabetes In Children

Diabetes in children can cause blurred vision

Diabetes is affecting a huge population today. Not just adults, diabetes can affect children as well. Diabetes in children is called juvenile diabetes. Generally, type-1 diabetes is reported in children but there are cases of type-2 diabetes as well. According to a survey conducted in recent years, there was a growing risk of diabetes observed in children. The risk of non-communicable diseases among children aged 5 to 9 years and adolescents aged 10-19 years in India is on a rise as per the survey. According to the Comprehensive National Nutrition Survey (CNNS) 2016-18, one in 10 school-age children and adolescents were pre-diabetic.

The CNNS, the first-ever nationally representative nutrition survey of children and adolescents in India, has also found that 35 percent of children under five were stunted, 22 percent of school-age children were stunted while 24 percent of adolescents were thin for their age. The CNNS India for the period 2016-18 is the largest micronutrient survey ever conducted.

Healthy Eating: These Easy-To-Store Healthy Foods Can Be Your Lifestyle Staples

Healthy Foods: In this article, we discuss healthy foods that are easy to store and can be part of your daily diet.

Healthy Eating: In this article, we discuss the many benefits of eating foods rich in healthy fats.

Along with diabetes and high cholesterol, vitamin A deficiency, vitamin D deficiency, anemia and iron deficiency were also common among children.

Diabetes in children can have some noticeable symptoms
Photo Credit: iStock

Earlier only type-1 diabetes was observed in kids but later there were cases of type-2 diabetes as well. Type-1 diabetes is more common in children as compared to type-2.

The World Health Organisation also mentioned that the global rise of childhood obesity and physical inactivity is widely believed to play a crucial role. Healthy eating and lifestyle habits can help in controlling the condition. Apart from these, family history can also increase the risk of diabetes in children.

What are the symptoms of diabetes in children?

There are certain symptoms of diabetes visible in children. Diabetes can lead to severe complications if ignored especially in childhood. You must seek medical help if you notice the following symptoms in your children.

Symptoms of type-1 diabetes in children- 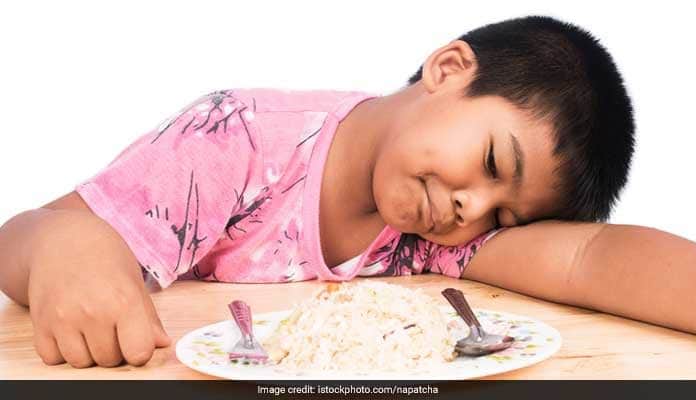 Diabetes symptom on kids: Do not ignore any visible symptom of diabetes in children
Photo Credit: iStock

Also read: The Earliest Symptom Of Diabetes Can Be Seen In Your Eyes, Here's How

Symptoms of type-2 diabetes in children-

Some of the symptoms are quite similar to type-1 diabetes

Also read: Diabetes: These Leaves Can Lower Your Blood Sugar Levels Effectively; Learn How To Use Them

World Lung Day 2022: These Foods And Drinks Will Help You Detox Your Lungs

Covid-19: How To Exercise Safely When Recovering From Coronavirus

Can’t Lose Weight Despite All Efforts? Get These 3 Hormone Levels Checked