Being A Father At an Old Age Can Be Advantageous

This study published in Translational Psychiatry suggests that children who have older fathers may have certain advantages over their peers in educational and career settings.

If you think you're too old to be a father, a recent study conducted at the Kings College London found results that say otherwise. Previous research on this particular issue linked older paternal age to risk of the newborn developing autism and schizophrenia. This study published in Translational Psychiatry however, suggests that children who have older fathers may have certain advantages over their peers in educational and career settings. This study suggests that boys with elder fathers are more likely to become intelligent, focused on their interests and less concerned about fitting in the society, all characteristics typically associated with 'geeks'. 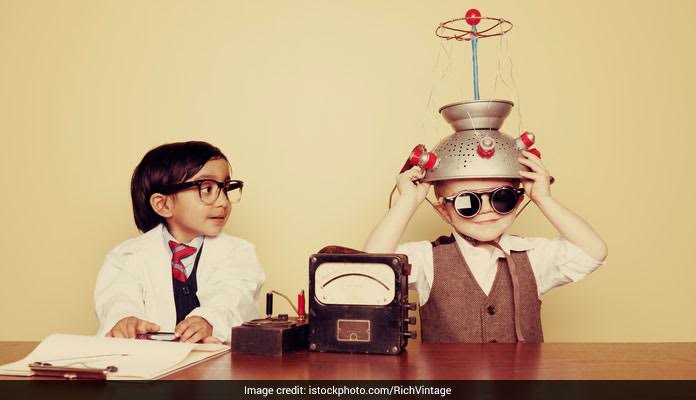 These kids also excelled in STEM subjects which suggested that these kids would become more successful
Photo Credit: iStock

For the study scientists first established a "geek index" to determine a range, this was used on 15000 set of twins in Britain in the Twins Early Development Study (TEDS). When the twins were 12 years old, they completed online tests that measured 'geek-like' traits, including non-verbal IQ, strong focus on the subject of interest and levels of social aloofness. The results showed that boys with elder fathers had a higher "geek index".

Autism: Know The Signs And Symptoms Of Autism In Children

Autism is a development disorder in children which affects child's behaviour and ability to communicate and interact. In this article, a child psychologist explains the symptoms of autism in children and what to so when diagnosed with autism.

Getting Kids To Eat Healthy: 5 Tips Parents Should Follow

Parenting tips: If you are finding it difficult to make your kids eat healthy, here are five tips that parents can follow.

These kids also excelled in STEM subjects (Science, Technology, Engineering and Mathematics) which suggested that these kids would become more successful in their careers as adults. But a limitation to this result is that the researchers did not study the geek index above the secondary school level among these children.

These results also have implications for understanding links between higher paternal age, autism and characteristics typically seen in 'geeks'. The researchers think that some of the genes for 'geekiness' and for autism are overlapping, and that those genes are more likely to be present in older fathers. But they could not verify if the geek traits were associated with things like poor emotional and social functioning.