Home »  Cancer »  What Is Endometrial Cancer? Here's Everything You Need To Know

What Is Endometrial Cancer? Here's Everything You Need To Know

Endometrial cancer affects women. It is a type of cancer which develops in the lining of the uterus. Women above the age of 40 are at a higher risk of this cancer. Read here to know everything about endometrial cancer.

Endometrial cancer is a type of cancer that affects the lining of the uterus. This cancer is on the rise in India now. The treatment option for endometrial cancer is usually surgery, which could involve the removal of nearby tissues along with the uterus. For this purpose, the detection of endometrial cancer at the right time is very important. The process for diagnosis of this cancer involves an ultrasound and a biopsy from the endometrium. There are four stages of this cancer. Compared to other types of cancer, the awareness of endometrial is relatively low among Indian women. Hence, they are not aware of the various treatment options too. Most Indian women do not go for a regular gynaecological check-up, and their health takes a back seat. Educating women and their families on this cancer is crucial.

All you need to know about endometrial cancer

Oral contraceptives and intrauterine devices (IUD) appear to provide long-term protection against endometrial cancer. The endometrium is the lining of the uterus, or womb.

Obesity and low physical activity in women may pose them to a high risk of developing endometrial cancer.

What are the alarming symptoms and why are cases on the rise?

In the majority of the cases, symptoms of endometrial cancers are seen in the early stages. It can vary from patient to patient, depending on their age. In women at the menstruating age, irregular bleeding is an early sign of endometrial cancer. Though there can be different causes for irregular bleeding, it is important to consult a gynaecologist and ascertain the cause. Another symptom could be an increase in bleeding or bleeding between two cycles. Women ignore these symptoms by approaching the doctor only when the condition becomes unmanageable.

Menstruating women between the ages of 40 and 45 years who show such symptoms reach out to their friends and family instead of a doctor; this practice is extremely risky. Women who have attained menopause could experience bleeding - which would probably be just a drop or excessive. Changes in lifestyle; food habits, rural-urban migration are a few factors associated with this cancer. Diabetes, high blood pressure, hypertension, obesity, and nulliparity (i.e. not having any children) could be underlying causes for women having this cancer. 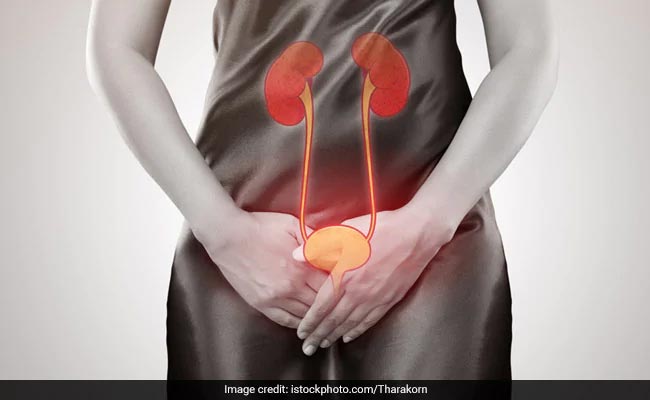 Women above 40 years of age are at a higher risk of endometrial cancer
Photo Credit: iStock

Who is at a risk?

As a lifestyle disease, women can reduce the chances of having this disease by maintaining a healthy diet and controlling the blood sugar level. Women should be conscious of changes in their body, such as menstrual cycle or abnormal bleeding, and consult a doctor immediately. Doctors can take biopsy from the endometrium in the clinic with the help of a pipelle syringe which takes about 5 minutes. This is also performed as an outpatient procedure. If cancer is confirmed, then they need to undergo surgery, followed by radiation therapy for some patients.

Few of these patients may have to undergo chemotherapy treatment to help reduce the chance of relapse of the cancer. Nowadays, modern technology like robotic-assisted surgeries is also opted for treatment. Robotic-assisted surgical systems perform surgeries with great precision, dexterity, small incisions, thus making the removal of the uterus, ovaries, lymph nodes seamless and benefitting the patient in quicker recovery, lesser infection, and fewer health complications and short hospital stay. Traditional surgeries are also performed for removal of the cancer. The doctor prescribes the right treatment according to the condition.