Home »  Cancer »  Is Lung Cancer Hereditary? All You Ever Wanted To Know About Lung Cancer

Is Lung Cancer Hereditary? All You Ever Wanted To Know About Lung Cancer

With a high mortality and a low survival rate, lung cancer is one of the vilest cancers. Often associated with smoking, the leading cause, lung cancer can go undetected for a long time. We seldom think of our lungs and the impacts they endure when we breathe in all forms of air.

With a high mortality and a low survival rate, lung cancer is one of the vilest cancers. Often associated with smoking, the leading cause, lung cancer can go undetected for a long time. We seldom think of our lungs and the impacts they endure when we breathe in all forms of air.

Lung cancer takes about 1.37 million lives every year. It is usually diagnosed in people of sixty years of age and above; although it can surface at an earlier age. Not much is known about its mechanism and thus is a research hotspot for the scientific community.

What To Do When Your Kid Has Been Diagnosed With Diabetes?

Diabetes care has advanced to make life easier for parents and children, however, they can leave a hole in the pocket. Hence, discussion with the doctor and tailoring care accordingly are of much importance.

What causes lung cancer? Are there any preventive measures?

Established risk factors for lung cancer include smoking, passive smoking, exposure to radon gas and asbestos fibres. Highlighted amongst these are the damages caused by smoking and passive smoking.

1. Smoking and passive smoking: A direct correlation between the usage of tobacco through cigarettes and the incidence of lung cancer follows, with the risk being calculated in terms of what the doctors call pack-years of smoking history (this is defined as number of packs smoked per day, multiplied by the number of years smoked). The risk of lung cancer increases with 10-pack history; unfortunately, those with a 30-pack history or more are at a much greater risk of lung cancer. As much as we tend to side-line it, passive smoking is also a documented risk factor for lung cancer. Non-smokers who live with smokers are at 24% increased risk of developing lung cancer. Tobacco smoke from cigarettes, cigars and pipes have two well-known carcinogens, namely nitrosamines and polycyclic aromatic hydrocarbons, among the other 4000 chemicals also found in the smoke.

2. Exposure to radon gas: Infamously known for being the second- most common cause of lung cancer, radon gas is a natural, radioactive, invisible, odourless gas, a decay product of uranium. In a study, 1 in every 15 houses in the US was found to have high levels of radon gas. Radon enters houses through the plumbing, soil, wires and any other open portals. While ground is the major source of radon gas, others include well water and materials used in constructions. Radon is measured usually by its atmospheric levels. Radon levels vary across locations and it is easy to find out the levels in your home using the radon test kits. 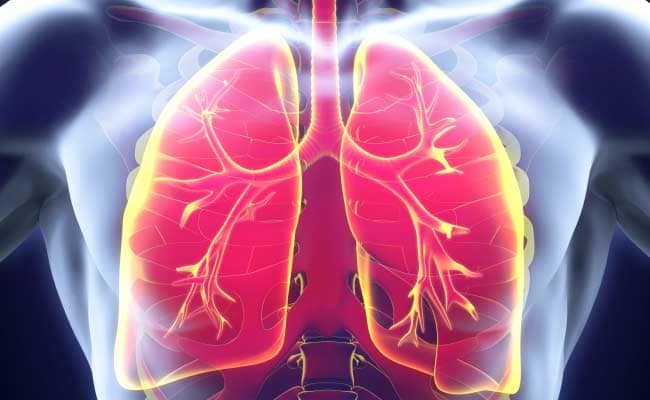 3. Asbestos fibres: Although asbestos usage is banned in most parts of the world, it is a known factor of lung cancer. Its persistence in the lung for life makes it pretty dangerous. Often attributed as an occupational hazard, people who smoked and were working with asbestos are at a risk of lung cancer at least fifty to ninety times compared to the non-smoker asbestos workers.

Needless to say, high radon gas levels at home and smoking only increase the risk of lung occurrence. Preventive measures include quitting smoking, avoiding passive smoking and keeping a check on radon levels. Fascinatingly, once smoking ceases, the risk of lung cancer development decreases with every year as the tobacco- damaged cells are replaced by healthy normal cells. If radon levels have seen a surge, it is best not to panic and take drastic steps like evacuation. Instead, getting in touch with experts who can check for leaks or cracks in the walls and floors and seal them can resolve the problem.

What are the signs and symptoms of lung cancer?

As is the case with cancer, signs exhibited by a lung cancer patient are not unique to the condition. Sometimes, the patient may not exhibit symptoms for a very long time, making the disease go undetected. Often difficult to identify, signs are dependent on the stage of the disease and how extensively it has spread.

Symptoms include difficulty in breathing, swallowing, cough, blood in the cough, chest pain, breathlessness and infections like pneumonia due to collapse of the affected lung. If the cancer has taken over the nerves, it can cause shoulder pain and paralysis of the vocal cords. Spreading of the cancer to the bones can cause pain in movements. Invasion of the brain can lead to headaches, seizures, stroke, loss of sensation, weakness or blurred vision.

Non-specific symptoms that can be seen in other types of cancers include mood swings, depression, weakness, fatigue and weight loss.

What are the types of lung cancers?

These arise usually in the bronchi and are of two types- small cell lung cancers (SCLC) and non- small cell lung cancers (NSCLC). They are differentiated on the basis of tumour cell appearances. Of these two, SCLC is the more aggressive, fast- spreading one and directly related to cigarette smoking, accounting for 20% of lung cancer. It is often detected after it has spread to other organs. NSCLC accounts for the remaining 80% and can be of different types, like adenocarcinomas, squamous cell carcinoma, bronchioloalveolar carcinoma and large cell carcinomas.

How is the diagnosis of lung cancer done?

Diagnosis of lung cancer involves a myriad of diagnostic tests and procedures. They consist of family and personal history, physical examinations, chest X-ray, scans like CT, MRI, PET, bone scans and other tests like sputum cytology, bronchoscopy, blood tests, genetic testing (in case of NSCLC) and biopsies are also done. The selection of tests that are to be performed depends on the treating doctor and his team of experts. Very often, a combination of tests is undertaken to obtain a definite diagnosis.

NSCLC is classified from stage I to IV, stage I being restricted to the lung and stage IV being an advanced condition, where it has spread to other parts of the body. SCLC, on theother hand, is classified in just two tiers, limited- stage (LS), confined to its point of origin and extensive- stage (ES), where it has metastasized.

What are the treatment options for lung cancer?

With any cancer, the treatment regimen includes chemotherapy, radiotherapy and surgery. The choice of treatment is dictated by the type of cancer, its spread and its stage. Thus, sometimes a singular treatment can also improve the conditions and sometimes, a combination of therapies is preferred.

Fortunately, in the event of NSCLC, targeted therapy is available and popularly recommended. The drugs erlotinib and gefitinib target the EGFR protein, the gene of which is mutated in NSCLC cases. Another pair of drugs that are a part of targeted therapy include crizotinib and ceritinib that are prescribed to patients with cancer due to the ALK tyrosine kinase inhibitor mutations.

Not many genes have been implicated in lung cancer. Studies have suggested the potential link between the EGFR mutation and lung cancer, where people who were non- smokers throughout their lives but had a family history of lung cancer were diagnosed with the disease. Genome-wide association studies (GWAS) have highlighted this relation. Another gene that surfaced in the GWAS was RGS17, though it was not identified previously [1]. Thus, a combination of environmental and familial factors is to be blamed for this disease. Clinical genetic testing is available for those suffering from the disease. Identification of variants, mutations and certain patterns in the genetic material can aid their therapeutic and recuperative efforts. Risk assessment for lung cancer is possible through personal genomics tests such as Genomepatri offered by Mapmygenome along with risk estimation for associated risk factors such as nicotine dependence. Understanding your genetic predispositions towards lung cancer will help you put some clinical monitoring, screening and preventive management strategies in place, and may dissuade you from taking a puff or two every now and again.

For such a fatal disease, awareness is shockingly low among the people. November is Lung Cancer Awareness month. This can be used to its full potential; with activities like awareness camps, lecture series and seminars that aim to inform people about the warning signs, diagnostic techniques and possible treatment options available with the treatment centres.

Regrettably, the survival rate of patients with lung cancer is very low. As it is cancer is equivalent to heavy emotional and psychological duress. It is not a great time for our loved ones who are enduring the wrath of the disease. Discouraging smoking, active or passive and regular checks on radon levels is the first step that can be an effective strategy. At the first signs of the typical symptoms, it is necessary to see the doctor and get a thorough diagnosis done so that treatment could be started and the disease could be checked.

(Being a key player in the field of Personal Genomics in India, Mapmygenome has carved out a niche for itself. Founded in January 2013, we started as India's pioneering Genomics Company with a vision to "Touch 100 million lives and save a million lives by 2030." Backed by 16+ years of experience in genomics, Mapmygenome stemmed from Ocimum Biosolutions it is essentially, a personal genomics and molecular diagnostics company for people who are proactive about their health. We offer personalized health, fitness and wellness solutions based on genetic tests that help people know more about themselves.)