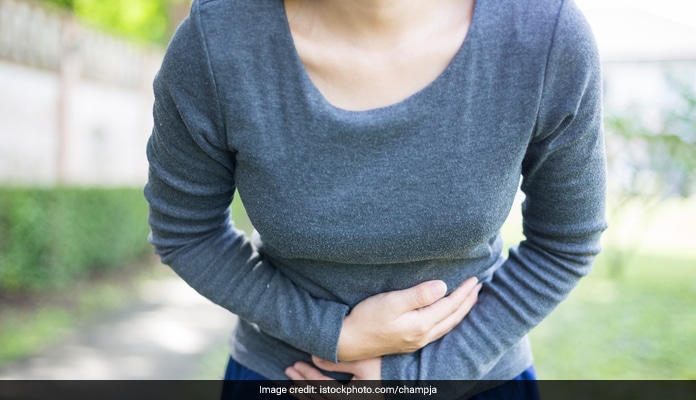 Stomach Cancer can occur in any part of the stomach

The exact cause of the cancer is not known. Cells start multiplying uncontrollably on their own and form a tumour. Cells from the tumour may detach itself from their place of origin and spread to the lymph nodes or through the blood stream to other parts of the body.

Read: 5 Things Your Need To know About Stomach Cancer Cancer of the stomach is commoner among people who smoke or consume alcohol. It is also commoner in the orient mainly in Japan than in other regions. There may be a demographical or dietary cause of the condition. People who have a family history of cancer are also at an increased risk. Other factors like low consumption of fruits and vegetables, lack of stomach acid and increased age are known to contribute.

Stomach cancer symptoms: These can be vague but many

The early symptoms of the disease are very vague and so it may not be detected until the disease is advanced. The most common symptom may be an unexplained loss of weight. Other symptoms may include:

A complete dietary history of the patient is taken by the doctor before ordering a series of tests. A stool test may be done to check for traces of blood. An

of the stomach may be done, called a barium meal upper gastrointestinal test, to check for the presence of any tumours or abnormal growths. Later, an

may also be taken that may show the tumour. When done for the stomach, it is called gastroscopy. In this procedure, a thin tube is inserted into the stomach to check for any tumours. The lining of the stomach is also thoroughly checked for any abnormality. In case, cancer is suspected, a biopsy may have to be done for confirmation. In this, a small portion of the tumour tissue is sent for laboratory testing.

Three methods of treatment are commonly used for treatment – Surgery, chemotherapy and radiation therapy. Surgery to remove the stomach, called gastrectomy, is usually done. In this procedure, either the whole stomach is removed (total gastrectomy), or the affected part is removed. If the whole stomach is removed, the doctor connects the food pipe directly to the small intestine and the patient has to consume a modified diet for the rest of the his life.

If the cancer has spread to other areas of the body, chemotherapy may be done. Anti cancer drugs are given in doses to kill the cancer cells. If the cancer recurs after surgery, radiation therapy is done, in which the cancer cells in a localised area are killed by deep rays.

Gastrectomy is a major surgery and the patient’s life style is altered for many days following the surgery. The most common side effect of the surgery is what is called the ‘dumping syndrome’. In this, the patient may experience nausea, vomiting, diarrhoea and dizziness after meals because the food enters the intestine too quickly. This may be resolved by eating small but frequent meals. Side effects of chemotherapy may include fatigue, hair loss and increased susceptibility to infections. The patient may also bruise easily. Radiation therapy may result in the destruction of healthy neighbouring cells. The patient’s movements may have to be restricted till healing is complete.