Q: I am 25 years old. I weigh 57 kg, and I am about to get married after two days. Its an arranged marriage. My fiance lives abroad and he came to India 3 days ago. We met for the fist time and both of us were excited to see each other. The next day we met alone and he forcefully kissed and caressed me by pressing my breasts. It seems when he touched it, he felt it was extremely loose and lax. He has made this assumption that I have had physical relations with the person I was in love 8 years ago. I told him about my past affair the very first time we were introduced by our parents and so did he about his. So I have no means to prove whether he is a virgin. I didn't have any physical relations with my ex-boyfriend and I am a virgin. Earlier he was happy to accept me with my past and was glad that I was a virgin as I claimed honestly. Now he says that I must have had sex because my breast is loose and he has humiliated me. He says that it sags only when a man touches it and there is no other way. I told him that I am ready to prove my virginity by going to a doctor. He says that there is no way that it can be proved. He argues that it was touched a thousand times. I am totally lost, please tell me how can I prove it. I have PCOS and had high prolactin levels at 30.5. After treatment with metformin and contraceptive pills my problem is alright now. I have lost a lot of weight, which I gained due to the hormonal imbalance by exercise and diet. I don't know why is it lax and the nipples small. I feel suicidal, please help me. The wedding is in 2 days and our relationship has gone sore already.

It sure seems that you have been quite distressed due to these happenings between you and your fiance. It looks as though something has triggered off a suspicion in your fiances mind. There is no way to cure a suspicion, except if the person himself / herself wants to get out of it. However, the best that perhaps can be done from your end can be providing him with facts and information. If you think that he might not believe you, perhaps you can ask someone else, whom he finds reliable, to communicate the information.Sagging or drooping of breasts is a natural, inevitable process that happens to all women at some point - except those with fairly small breasts. Breasts can start drooping a little at any age, because they do NOT have muscles in them. They have ligaments and connective tissue. When the gravity pulls the breasts down, those ligaments and the skin can stretch, and so the breast then droops. This depends on the elasticity of your skin and of your ligaments, as determined by your genes and diet, and also on normal aging processes. Obviously large breasts will sag easier since the gravity is pulling them down more. Another word of caution that I would like to put in is that you might want to do a rethink about a relationship that has its stability in question.

Read: 5 Ways To Prevent Your Breasts From Sagging? 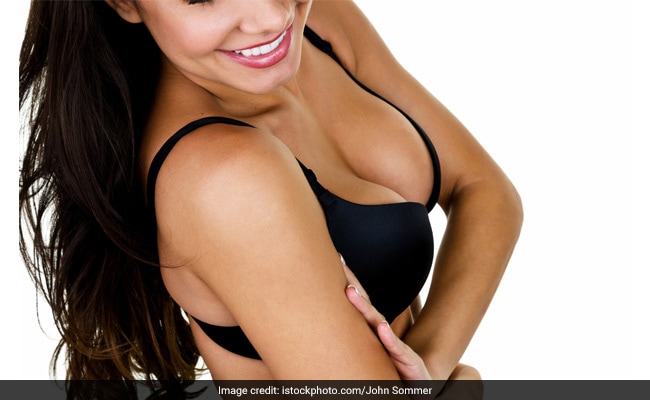 Do sagging breasts mean a perosn has had past physical relations?