Home » Frequently asked Questions on Health » What is the nutritional value of paneer?

What is the nutritional value of paneer?

Q: I want know the nutritional value of paneer, the home made one made from adding curd to milk. Is it suitable for all age groups? Does it need to be excluded in diet for someone suffering from hypertension or diabetes? How does cheese differ from paneer? I would also like to know the difference between yoghurt and curd? How can yoghurt be prepared at home?

Paneer (cottage cheese) is a type of cheese that was originally found in the area that today encompasses Iran, India and Pakistan. It is a high protein food; it is often substituted for meat in many vegetarian entrees of Indian cuisine. It is commonly used in curried dishes. Paneer is quite easy to make at home. Bring 2 litres of fresh whole milk to the boil. Add 2 table spoons of vinegar or lemon juice or curd and stir well. Put aside. After the milk has curdled, wrap it in a clean muslin cloth, rinse with fresh water and drain well. Form a ball and place it under a heavy saucepan for approx 20 minutes. 200 g of your paneer is ready. 100 gms of paneer made from cow milk provides 18.3 gms of protein, 20.8 gms of fat, 2.6 gms of minerals, 1.2 gms of carbohydrates, 265 kcal of energy, 208 mgs of calcium, 138 mg of phosphorous. It contains reasonably good amounts of fat and cholesterol. It would be better to avoid it for those with hypertension and diabetes due to its high fat content. It can however be used in small quantities for such patients one or twice a week. It is suitable for all age groups.

Cheese is nutritious food made mostly from the milk of cows but also other mammals, including sheep, goats, buffalo, reindeer, camels and yaks. The milk is curdled using some combination of rennet (or rennet substitutes) and acidification. Bacteria acidify the milk and play a role in defining the texture and flavour of most cheeses. There are hundreds of types of cheese. Different styles and flavours of cheese are the result of using different species of bacteria and moulds, different levels of milk fat, variations in length of aging, differing processing treatments (cheddaring, pulling, brining, mould wash) and different breeds of cows, sheep, or other mammals. Other factors include animal diet and the addition of flavouring agents such as herbs, spices, or wood smoke. Whether or not the milk is pasteurised may also affect the flavour. Paneer is a type of cheese. It is the Indian name for cottage cheese. Paneer, unlike other cheeses, has not been matured and it is rather bland. While making paneer from milk, don't throw away the paneer water. This nutritious water can be used for making soft dough for chapattis or can be used to cook dals. 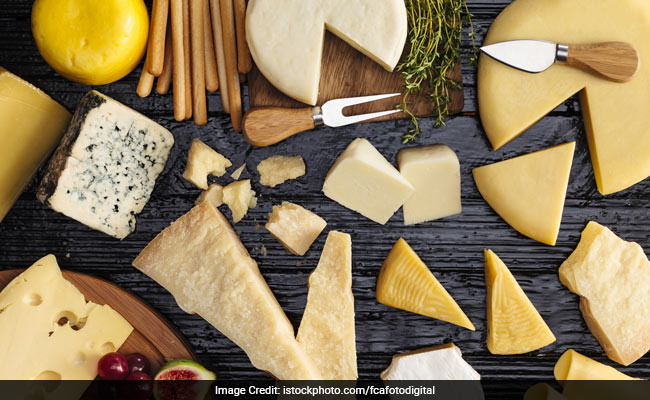 Nutritive value of Paneer: Is rich in proteins and calcium


Yoghurt is what we commonly called curd or dahi. It is a wholesome food rich in protein and riboflavin. The versatility of yoghurt or curd in cooking is amazing. It can be used in desserts, dips, breads, soups, rice, salads, and vegetable dishes.

Also read: What is healtheir? Tofu or Paneer?