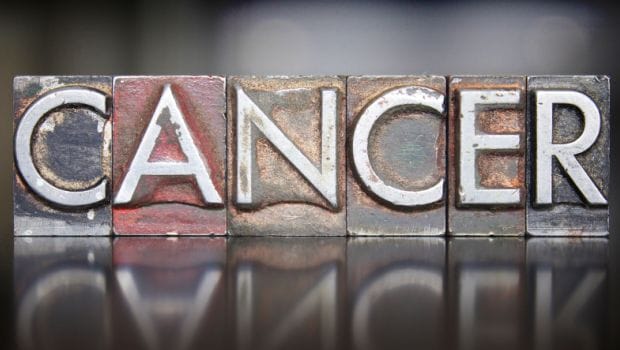 The uterus or the womb is the organ in which the foetus grows during pregnancy. The two most cancer prone parts of the uterus are the endometrium - the inner lining of the uterus, and the cervix - the birth canal. When the cancer begins in the endometrium first, it is called endometrial cancer, and when it starts in the cervix, it is called cervical cancer. In the later stages, endometrial cancer involving the cervix presents as cervical cancer. Uterine cancer is the second most common cancer in women after breast cancer. It is most common between the ages of 45-50 years, and the risk increases with age. Low socio-economic group, poor dental hygiene, active sexual life at an early age, multiple sexual partners, male sexual partner with multiple partners and smoking are the risk factors.

Certain infective organisms like Human Papilloma Virus and Herpes Simplex Viruslead to abnormal growth and cellular changes in the lining of the cervix, particularly at its outer opening. Later these changes may become cancerous.

There may be slight pain and heaviness in the lower abdomen. Bleeding after sexual intercourse, bleeding between periods and foul smelling discharge are some of the earliest complaints. Other symptoms when the disease is advanced include loss of weight, loss of appetite, general fatigue and tiredness.

A Pap smear is the earliest test done to check for any abnormalities in the cervical cells. About 90 percent of cases are diagnosed when this procedure is used as a screening method for women older than 30 years; as part of their routine gynaecological checkup. For detection of abnormality in the endometrial cells, a D&C (dilatation and curettage) is done. In this test, a scraping of the cells of the uterus lining is taken for laboratory testing. A positive D&C confirms endometrial cancer. The diagnosis is confirmed after performing a biopsy. In the physical examination, an instrument called a speculum is inserted into the patient’s vagina. The doctor is then able to see the cervix. The doctor may also feel the uterus to see whether it is enlarged or firm. A colposcopy, which helps to see the cervix with magnification, followed by a cervical biopsy (where a portion of the cervix is taken) confirms cervical cancer.

The treatment modality varies depending upon the stage of the cancer. The most common mode of treatment for uterine cancer is the removal of the uterus. This procedure called hysterectomy is a surgical procedure performed under general anaesthesia. Besides the uterus, the cervix, upper portion of the vagina, both fallopian tubes and ovaries may also be removed. The patient needs to be hospitalised for 7-10 days and needs special care for recovery. In some cases, radiation therapy is used to destroy the cancerous cells. Chemotherapy may be used if the cancer has spread to other areas of the body. For women who have recurrent uterine cancer, hormone therapy may be used. In this therapy, drugs containing the hormone progesterone are given orally. This hormone is an antidote to oestrogen and helps to control the growth of cancer cells.