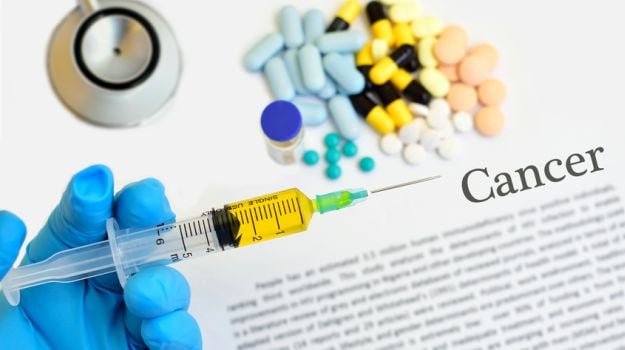 Like most cancers, the exact cause of colorectal cancer is not known. However, there are certain risk factors that predispose an individual to it. These are: Age – risk increases with age.

Colorectal cancers may produce no symptoms till the disease is advanced. However, the most frequently noted symptoms that may be indicative of the disease are:

A thorough examination of the patient’s medical history is done in addition to a physical check-up. The doctor may also prescribe certain tests for confirmation. An X-ray of the intestine, called a barium enema, helps the doctor to detect the presence of any abnormal growths or cysts.

Colonoscopy or sigmoidoscopy may be done, which allow the doctor to see inside the colon and the rectum for detection of polyps or cysts. A thin, flexible tube-like telescope is inserted through the rectum into the intestine. A small sample of the area may be taken for biopsy with the helps of forceps attached to the instrument. In some cases, any polyps that are detected may also be removed simultaneously by burning them.

Surgery to remove the tumour is the most common form of treatment. If the tumour has not spread to other parts of the organ, it can be easily removed. Mostly some healthy parts of the intestine are also removed to reduce the risk of recurrence. Sometimes, a surgical procedure called colostomy is performed. This is done if the surgeon, after removing parts of the colon is unable to join it back with the rectum. In this, the colon opens in the skin of the abdomen, to allow faecal matter to drain and be collected in a bag. This procedure may be temporary or permanent.

In some cases with wide-spread disease, chemotherapy is given to destroy the cancer cells. Radiation therapy may also be done in some cases if the tumour is localized.

Treatment may have side effects like pain in the area after partial removal of the colon. The usual side effects of chemotherapy like hair loss, nausea and vomiting may also be present. There may also be loss of appetite and loss of weight after the treatment procedures.