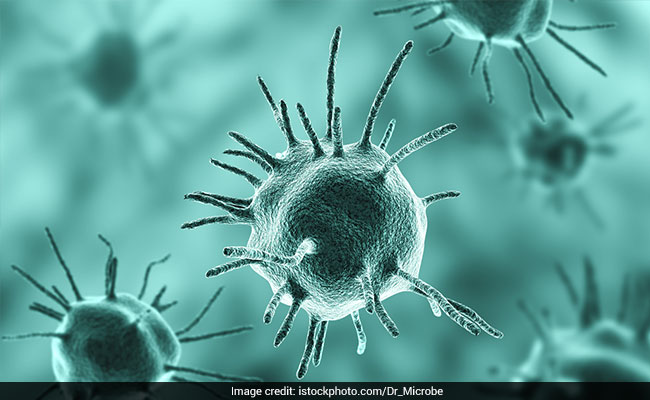 Amoebiasis: Know all about causes, symptoms and treatment of Amoebiasis

Amoebias is an inflammation of the intestines caused by a parasite, Entamoeba histolytica. This microscopic parasite enters the body through contaminated food or water. The infection is common in areas with poor sanitation or living conditions. This parasite can live in the intestine without causing symptoms, or it can produce severe symptoms. It is a very common problem in India.

Also read: Do I have amoebiasis?

Infection occurs by eating food or drinking water contaminated with faeces, containing the parasite, Entamoeba histolytica. Another source of the infection is food (usually raw vegetables and fruit) that has been handled by an infected person.People with amoebiasis pass Entamoeba histolytica parasites in their faeces. The infection spreads when infected people do not dispose of their faeces in a sanitary manner or do not wash their hands properly after going to the toilet. Contaminated hands can then spread the parasites to food that may be eaten by other people and surfaces that may be touched by other people. Hands can also become contaminated when changing the nappies of an infected infant.

The symptoms of intestinal amoebiasis include diarrhoea, abdominal cramps, bowel movements streaked with blood or mucus, nausea or vomiting and occasionally fever. The time interval between the parasite's entry into the body and the appearance of the first symptoms ranges from a few days to a few weeks, usually varies from two to four weeks.

Also read: Did my mother develop amoebiasis due to Mesacol?

Acute amoebiasis occurs with diarrhoea/dysentery with frequent and stools with blood.
Chronic amoebiasis leads to gastrointestinal symptoms along with weight loss, tiredness, and fever.
Extraintestinal amoebiasis can happen if the parasite spreads to other organs like the liver where it can cause a amoebic liver abscess which can cause fever and stomach ache.

The doctor will review the symptoms, and order a stool test after examining the patient. The parasite can be detected by a microscopic examination of freshly passed stool. Occasionally, making the diagnosis is difficult in cases with symptoms for a long time. Sometimes sigmoidoscopy is done, which is a procedure in which the doctor uses a lighted, flexible tube to look inside the lower part of the colon (large intestine).

The doctor will prescribe medication such as metronidazole, diloxanide furoate, dehydroemetine, emetine, or paromomycin. The doctor may prescribe more than one drug. If medication is stopped when the symptoms are gone but before the parasite is eliminated from the body, the infection may return. An anti-diarrhoeal medication may also be prescribed. Metronidazole can produce a metallic taste in the mouth and may give rise to nausea. Alcoholic drinks must be avoided while taking metronidazole. The symptoms of diarrhoea usually last from 3 to 14 days but can last up to 4 weeks. Recurrences are possible.

Ensuring a safe drinking water supply by boiling or filtering water is usually effective for prevention. Chlorine is not effective in killing the parasite. Avoid unsanitary water supplies. Wash hands with soap and warm water after going to the toilet and before eating or preparing food. Proper food storage and preventing its contamination with faeces, flies, and contaminated water is also important.

Also read: Did my mother develop amoebiasis due to Mesacol?

What is the homecare treatment?

Let the bowel rest by drinking only clear liquids such as water, juice, tea and oral rehydrating or electrolyte solutions. It is important to drink frequently so that dehydration is avoided. Drinking small amounts at frequent intervals is better accepted in cases of nausea. Avoid solids because they can cause cramps. Light soups, toast, rice and eggs are good foods to eat during recovery.Is hospitalisation necessary for amoebiasis?Usually amoebiasis can be managed on an out-patient basis. However, in severe cases, involving the liver or other organs, require hospitalisation. Other indications for hospitalisation include: Treatment failure Cases of chronic dysentery If liver abscess or any other extraintestinal infection is suspected

These Lifestyle Changes Can Reduce The Risk Of Type 2 Diabetes

Exercises To Relieve Back Pain