Home » Frequently asked Questions on Health » Why was I prescribed Cyclogest during pregnancy?

Why was I prescribed Cyclogest during pregnancy?

Q: I am married for the last 8 months. When I didn't get pregnant for 6 months, I visited a gynaecologist, who by vaginal sonar diagnosed me with polycystic ovary syndrome (PCOS) and gave me Glucophage, which I couldn't bear and stopped. The next month, he gave me Clomid 300 mg daily for 10 days. I ovulated as seen by sonar, but didn't get pregnant. This month I asked him not to give me anything & just follow me up, which revealed a mature natural oocyst at the 20th day of the cycle. He gave me Pregnyl to rupture it, and I did the pregnancy test yesterday (after 18 days of ovulation) & it was positive in urine & serum. The doctor advised me to take Cyclogest 400mg once every night, Folic Acid, C Retard (long acting Vitamin C) & B active (natural vitamin E). Is it right to take Cyclogest? Should I take it vaginally or rectally? Do any of the other drugs have any harm on my pregnancy?

Cyclogest is the brand name given to it by the company. The name of the medicine is a hormone called progesterone. This product is indicated in women trying to conceive if there is proven, documented deficiency of the progesterone hormone (during luteal phase). Once conception has taken place, progesterone hormone is indicated only in pregnancies due to assisted reproductive techniques such as IVF, etc, or in cases of habitual abortion (repeated miscarriages). As per documents submitted to the United States Food and Drug Administration (USFDA) by the innovator company, misuse and overuse of progesterone can lead to a number of side effects including foetal death and spontaneous abortion (more so in the first three months of gestation), masculanisation of female foetus (such as unwanted hair on face), birth defects in babies such as cleft palate and heart defects. Therefore in the United States, the use of progesterone during known or suspected pregnancy is banned. In UK, progesterone is also approved for premenstrual syndrome and puerperal depression (i.e. in non-pregnant women and post-delivery period).During pregnancy, one should take the minimal mandatory medicines such as folic acid 5mg daily. If there is anaemia (low Hb level), then one should take an iron preparation along with folic acid. 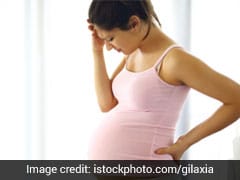 Why was I prescribed cyclogest during pregnancy?