Home » Frequently asked Questions on Health » Can having milk with chicken cause white spots?

Can having milk with chicken cause white spots?

Q: Is it ok to have milk after eating chicken? Will it cause white spots?

It is a myth that eating milk and chicken, in combination, or, one after the other, will result in 'white spots'. Blaming certain foods, or, food combinations (e.g. eating fish and curd together) for 'white spots’ is prevalent, but untrue.

'White spots' is a term used by most, to refer to the skin disorder known as vitiligo, or, leucoderma.

Read: Should You Have Chicken/Fish And Milk Together? Our Nutritionist Explains

Vitiligo is caused, when melanocytes (the cells in our skin, responsible for producing the pigment melanin, which in turn gives our skin its color) stop functioning or die. The exact reason why vitiligo develops is unclear, but few probable reasons have been short listed. The most common amongst these reasons, is the presence of an autoimmune disorder (a condition where the body’s immune system attacks its own cells) in the affected person.

Also Read: Can I have milk products if I have acid reflux?


This apart, amongst the other short listed reasons, food doesn’t make the list. That is, consumption of no particular food, or, food combinations, is believed to cause vitiligo.

So, be assured and have that glass of milk after eating chicken. 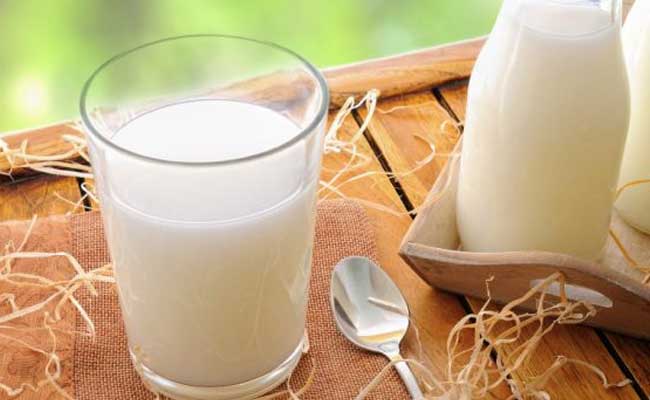 To have or not to have milk after chicken?

Rheumatoid Arthritis: Watch Out For These 8 Early Signs Of RA

4 Reason Why Cooking Is Good For Your Mental Health

PCOD & Infertility; Here's Everything You Must Know