Home » Frequently asked Questions on Health » Is leech bite a reason to worry?

Is leech bite a reason to worry?

Q: I am a 22 years old male. Yesterday, a leech bit me on my leg, which I realised after half an hour. I haven’t found the leech there. The affected area was bleeding continuously and after bleeding, I developed a small bulge. Is leech bite a reason to worry?

Leech attaches to the skin and first injects a substance, which works like a local anaesthetic and a person stops feeling the bite. Then they suck blood, which is almost five times their own body weight. With the result,they become so heavy that they fall off the bite area. So you may not have seen the leech there. Most leech bites ooze for a long time since leech inject a substance called hirudin which prevent blood from clotting. These bites are not associated with any major problems. Don't worry. Most people can have a local irritation at the wound site. If a leech is forcibly removed by pulling it, its teeth can remain embedded in the wound and cause local irritation. In most cases, people may try to remove it with a lit cigarette but this is not advisable as this causes the leech to regurgitate the contents of its gut into the bite. These contain bacteria and can cause secondary wound infection. It is best to push the leech sideward from its head (narrow) end with the help of fingernails and then remove it.

Related: What should be done if a spider bites you?

First aid involves cleaning the wound with antiseptic and dressing it, cold compresses. Leech bites are quite harmless although annoying in majority of causes. Rarely get they infected or leech can bite in areas like nose, eyeball or internal organs. In your case, the leech has most likely dropped off and there should not be a cause of concern. If you notice excessive redness or blister at the bite site, get it checked. 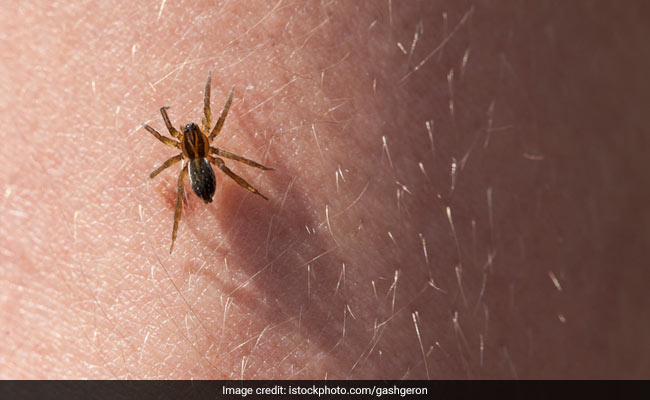 Leech bite: should I worry?